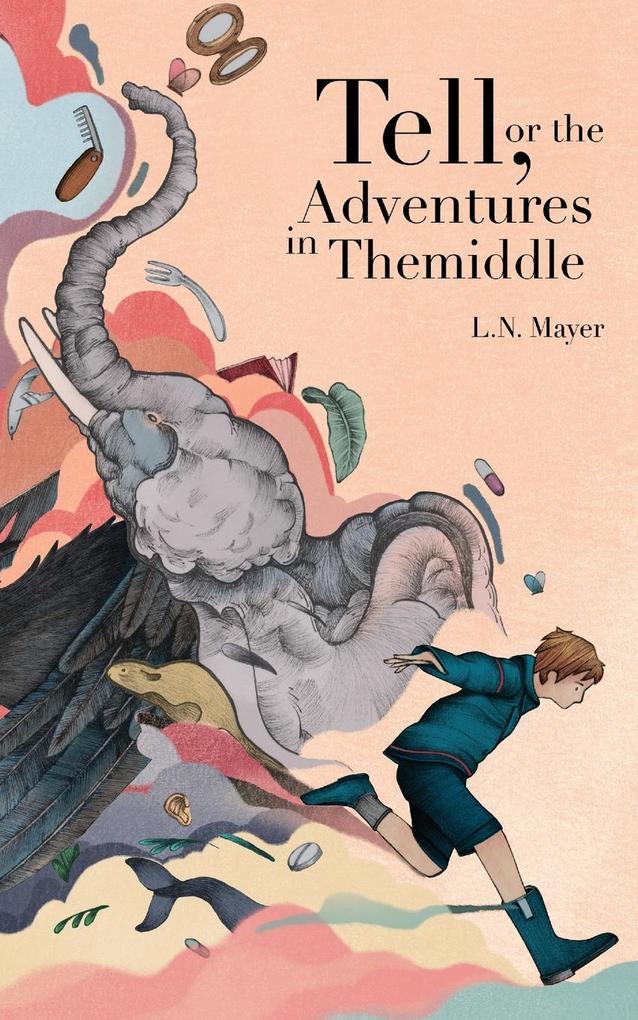 Tell, or the Adventures in Themiddle

Having been expelled from Theffects School for Troubled Boys, William Teller Fontaine ('Tell'), the son of a skiving small-town mayor returns home to find an empty house and a farewell letter from his father. Knowing his father to play an arcane prank every now and then, he thinks nothing of it-until the neighbors and representatives from a local orphanage show up.
When Tell flees to a nearby wheat field and is greeted by a babbling, self-proclaimed 'tree-expert' who claims that Tell's wandering imagination has been rearranging his silverware, it marks the beginning of a series of unbelievable encounters. Only when he comes face to face with a shape-shifting elephant that obeys all-well, some-of the ideas in his head does Tell slowly start to accept that the strange Mr. Theys may be on to something. Unfortunately for Tell and his imagination, others are on to it, too...
Confronted with powerful forces taking over a world that isn't his, where belief is outlawed and people carry pocket mirrors for protection, it will take a butler with a hidden agenda, a surly wolf and a man with two bodies looking for a run-away king to help Tell uncover his father's unimaginable secret…

Born and raised in Dallas, Texas, L.N. Mayer recently put her career on hold to pursue the publication of her first book for young readers, TELL, OR THE ADVENTURES IN THEMIDDLE.

She currently lives outside of Paris, France with Oslo, an English cocker spaniel, and a wily French man named Baptiste.