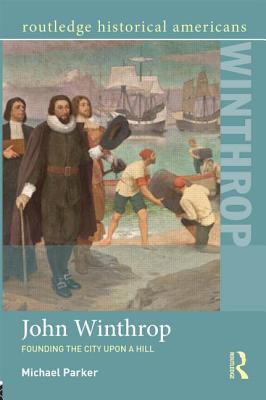 Puritan politician, lawyer, and lay theologian John Winthrop fled England in 1630 when it looked like Charles I had successfully blocked all hopes of passing Puritan-inspired reforms in Parliament. Leading a migration, he came to New England in the hopes of creating an ideal Puritan community and eventually became the governor of Massachusetts. Winthrop is remembered for his role in the Puritan migration to the colonies and for delivering what is probably the most famous lay sermon in American history, "A Model of Christian Charity." In it he proclaimed that New England would be "a city upon a hill"--an example for future colonies. In John Winthrop: Founding the City upon a Hill, Michael Parker examines the political and religious history of this iconic figure. In this short biography, bolstered by letters, sermons, and maps, John Winthrop introduces students to the colonial world, the Pequot Wars, and the history of American Exceptionalism.

Michael Parker is Professor of Christian History at the Evangelical Theological Seminary in Cairo, Egypt.

"Michael Parker has written a fast-paced, accessible, and informative introduction to the life and thought of John Winthrop. Professors should rush to share this biography with their students." - John Fea, author of Was America Founded as a Christian Nation? A Historical Introduction "John Winthrop was one of the most important figures in Puritan New England. In this succinct yet thorough study, Michael Parker argues that Winthrop manifested both an incipient sense of American exceptionalism and a cultural intolerance that would live on in various ways in American history. This is a welcome investigation of Winthrop's life and thought, well suited for college students and all interested in American religious history." - Bradley J. Longfield, author of The Presbyterian Controversy: Fundamentalists, Modernists, and Moderates "Vividly detailed, elegant, and accessible-Michael Parker's John Winthrop is a wonderful biographical introduction to this underappreciated American founder. Parker documents the successes and failures of a puritan leader who was simultaneously conservative and revolutionary, while highlighting Winthrop's enduring legacy in a nation still aspiring to be that 'city on a hill.'" - James Calvin Davis, author of The Moral Theology of Roger Williams