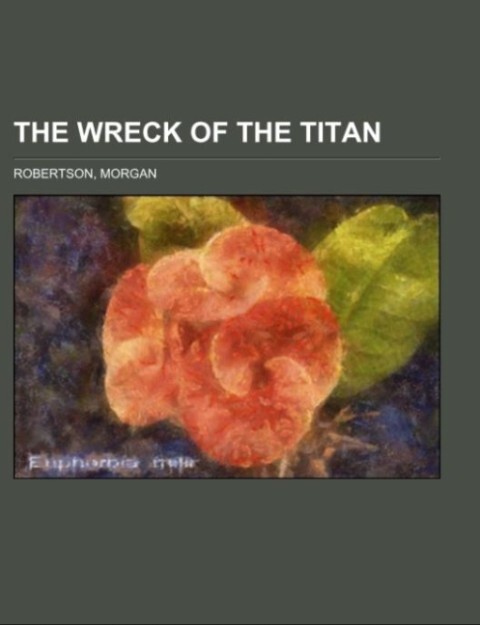 The Wreck of the Titan

von Morgan Robertson
Paperback. Sprache: Englisch.
Taschenbuch
Excerpt: ... if you release me." "Not yet, sir. It may be necessary, but at present we're thinking of ourselves." "All right. But, tell me, how did you get a key to my door? How many keys are there?" "Oh, from Billings, sir. Not with Forsythe's knowl … weiterlesen
Dieser Artikel ist auch verfügbar als:
Geschenk per Mail versenden
Taschenbuch

Titel: The Wreck of the Titan
Autor/en: Morgan Robertson

Excerpt: ... if you release me." "Not yet, sir. It may be necessary, but at present we're thinking of ourselves." "All right. But, tell me, how did you get a key to my door? How many keys are there?" "Oh, from Billings, sir. Not with Forsythe's knowledge, however. Billings, and some others, think no more of him than I do." "That's right," responded Denman. "I knew him at school. Look out for him. By the way, is the lady aft being attended to?" "Yes, sir. Daniels, the other cook, brings her what she needs. She is not locked up, though." 122 "That's good. Give her the run of the deck, and take care of her." "Yes, sir, we will," answered Sampson, as respectfully as though it were a legitimate order-for force of habit is strong. Then he left the room, locking the door behind him. Denman smoked until he had finished the cigar, and, after he had eaten a supper brought by Billings, he smoked again until darkness closed down. And with the closing down of darkness came a plan. CHAPTER X Tossing his cigar through the opened deadlight, Denman arose and unlocked his door, passing into the small and empty wardroom. First, he tried the forward door leading into the petty officers' quarters and to the armroom, and, finding it locked, sought for the key which opened it, and passed through, closing the door softly behind him. Farther forward he could hear the voice of Billings, singing cheerfully to himself in the galley; and, filtering through the galley hatch and open deadlights, the voice of Forsythe, uttering angry commands to some one on deck. He had no personal design upon Billings, nor at present upon Forsythe, so he searched the armroom. As Forsythe and Daniels had found, there was nothing there more formidable than cutlasses, rifles, and torpedo heads; the pistols had been removed to some other place. So Denman went back and searched the wardroom, delving into closets and receptacles looking for arms; but he found none, and sat down on a chair to think....

Schreiben Sie eine Bewertung für: The Wreck of the Titan