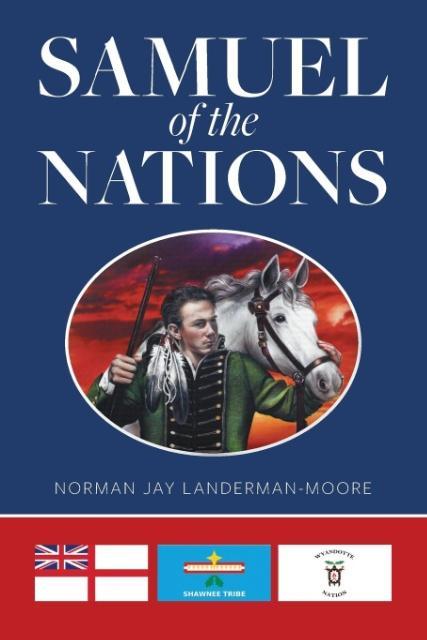 Samuel of the Nations

12% Rabatt³ sichern mit Gutscheincode: MAI12
​
Occasionally, unknown individuals engage in momentous events. They associate with iconic people standing at the heart of nations. Samuel Saunders is one of these. Beginning at age 15 and continuing until his demise, Samuel of the Nations chronicles a … weiterlesen
Dieser Artikel ist auch verfügbar als:
Geschenk per Mail versenden
Taschenbuch

Occasionally, unknown individuals engage in momentous events. They associate with iconic people standing at the heart of nations. Samuel Saunders is one of these. Beginning at age 15 and continuing until his demise, Samuel of the Nations chronicles a lad engaged in events dramatically affecting people and nations on a continental scale. Based on first-hand accounts and historical records, the reader will experience, through Samuel's eyes, decisive clashes and convulsion of cultures during the 18th and 19th centuries. Details of tribulation in the Caribbean, American Colonies, and Canada and among Native American tribes become personal testimonies of truth. It is the story of real people engaged in events that set monumental changes in motion within the western hemisphere. Changes affecting the world well into the modern era.

Embraced as a son by Daniel Boone, Samuel helped blaze the Wilderness Road and construct Boones Fort. Near there, Samuel and his friend William McQuinney were attacked by Shawnee warriors. William was killed while Samuel, taken prisoner, was adopted into the Shawnee Nation, launching adventures he could never have anticipated.

After three years in research the author, Norman Jay Landerman-Moore, set about writing this creative non-fiction novel, bringing human drama, adventure and national movements to greater heights of understanding while revealing a love story between an English lad and a Shawnee girl that began generations of some incredible people. It all began in Cardington, Bedfordshire England. The year was 1760....

Born 1940 near Sacramento, California, Norman is descended from America's earliest families, the Moore's, 1621, the Chapman's, 1609, the Freeman's 1632, and Bailey's 1626. Norman is also descended from Mormon pioneers from Scotland, arriving the Salt Lake Valley in 1850.

After a long career in Strategic Planning and Economics, Norman set his efforts to writing. His family history novels focus on what happened, how and where it happened and who was involved. His most recent work, Samuel of the Nations, was accepted by the Abraham Lincoln Presidential Library and Daniel Boone Society of America. Jaded Horses, is the author's latest novel which chronicles experiences of five cousins and a friend during the Mexican and American War of 1846.

The author resides on Fidalgo Island in the San Juan's and is presently engaged in research and writing three additional novels, QUINDARO, THE EIGTH HEAVEN and ALL BUT ONE, each are detailed historical accounts involving the author's ancestors....