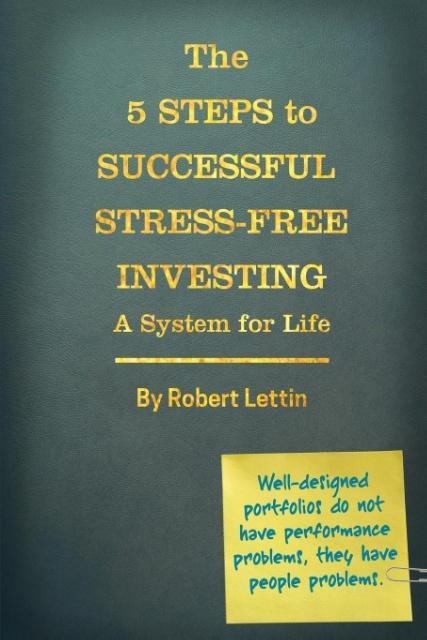 von Robert E Lettin
1323:Standard Color 6 x 9 in or 229 x 152 mm Perfect Bound on White w/Gloss Lam. Sprache: Englisch.
Taschenbuch
Many well-meaning money managers, and plenty of gurus, want you to believe they can predict the future. But they can't.


I know, because I was a member of the traditional Wall Street club.


The guessing game is brutal. The crystal balls did not wor … weiterlesen
Geschenk per Mail versenden
Taschenbuch

Many well-meaning money managers, and plenty of gurus, want you to believe they can predict the future. But they can't.


I know, because I was a member of the traditional Wall Street club.


I knew there had to be a better way, and I found it. It revolutionized the way I invest and how I help my clients succeed as stress-free investors.

Robert's strengths as a devoted investment advisor, communicator, and humorist make him not only engaging to work with but also to learn from. He is a knowledgeable and entertaining speaker, readers of his newsletter receive insight and commentary on investment news, and his radio show educates and inspires listeners to create income streams that support the life they want to live. The show can be heard on The Money Station, KBNP Portland, or at RobertLettin.com.

Lettin began his investment career in 1987 with Smith Barney in Medford, Oregon. In 1990, he became Vice President of Bank of California's Investment Division in Portland. In 1997, Robert joined the investment firm of Strand, Atkinson, Williams and York and soon after he opened his own firm.

Prior to his career in investments-a story worth hearing when you meet him-Lettin was a young Hollywood actor on sets with legends like Gene Hackman and Al Pacino. He moved into broadcasting as Assistant Producer for CBS affiliate evening newscast in Salt Lake City at KUTV, then went to Capitol Hill as Press Secretary and Foreign Affairs Liaison to Congresswoman Patricia Schroeder (D-Colo).

Lettin holds a degree in Journalism from the University of Colorado, Boulder, and an MBA in Finance from City University in Seattle. He is registered in Oregon, Washington and Colorado and has domestic and international clients.