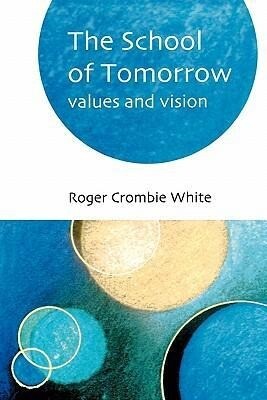 von Roger Crombie White, Jerry White
Sprache: Englisch.
Taschenbuch
"I'd rather be in an environment where there's white people, black people, Asian people; all sorts. In my friendship groups it's all mixed." - Jendayi

"You've got to have schools because otherwise you'd be thick." - Alastair

"I'd rather be in an environment where there's white people, black people, Asian people; all sorts. In my friendship groups it's all mixed." - Jendayi

"You've got to have schools because otherwise you'd be thick." - Alastair

"School is full of experiences; it's not just the learning." - Donna

"Education is about picking up social skills, listening to authority, learning how to learn, working out what you really think about things, as well as learning actual subjects like Maths and English." - Nick

"Expectations and self esteem go hand in hand and both affect confidence. We've got to develop self esteem in all youngsters so that they have the confidence to build on those little nuggets that are inside every child." - David Blunkett MP

"You will never see a list of grades put up in Denmark, not even for exams - never." - Julia

"In Denmark we try to meet the child where it is." - Margrethe Vestager, Minister for Education

This is a book for anyone who cares about education and brings to life the "conversations between generations". In the first part young people from secondary schools around Britain talk about what they enjoy and what they find difficult about school; what matters to them about teachers and classrooms; what it's like being at school in the UK and what changes they'd like to make. Their comments are interspersed with an analysis of the vision offered by contemporary writers as to how things might change as the 21st century gathers momentum. In the second part David Blunkett, Tim Brighouse, Anita Higham, Richard Pring, Nick Tate and Ted Wragg respond to the young people's comments and offer their own ideas and beliefs as to what is important. Finally, by drawing comparisons with Denmark and using the views of Danish young people and Margrethe Vestager, this book offers its own vision for education in the years ahead. It promises an exciting and thought provoking read.

Roger White has been a teacher since leaving York University in 1970. He lives in Bristol and is currently employed at the University of the West of England's Faculty of Education, where his main responsibilities are for the Award Scheme Development and Accreditation Network (ASDAN) and international activities. He is married with three school age children.