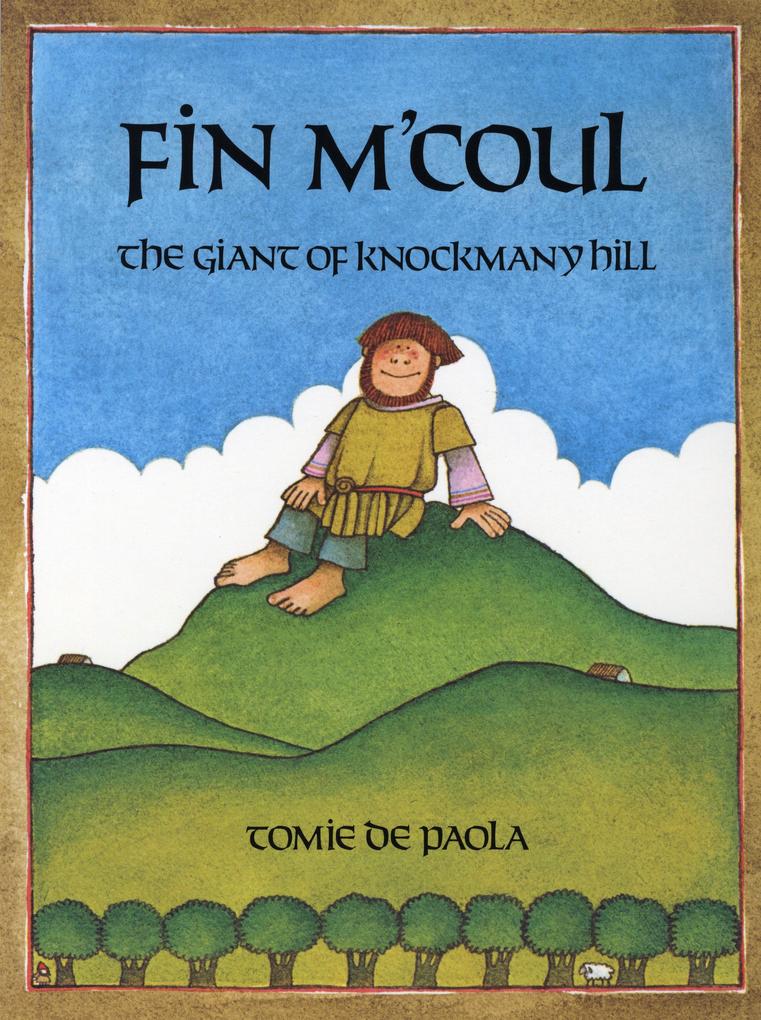 von Tomie Depaola
Empfohlen von 5 bis 8 Jahren. Sprache: Englisch.
Taschenbuch
When the fiercest giant in all of Ireland comes knocking at his door, what can peaceful Fin M'Coul do to escape him?

An ALA Notable Book, by the bestselling author-illustrator of Strega Nona, Quiet, and many more.

When the fiercest giant in all of Ireland comes knocking at his door, what can peaceful Fin M'Coul do to escape him?

An ALA Notable Book, by the bestselling author-illustrator of Strega Nona, Quiet, and many more.

Fin M'Coul lives atop windy Knockmany Hill, and spends his days with the other giants of Ireland, moving huge stones to build a causeway to Scotland. But one morning, he hears a rumor that Cucullin, the strongest giant in the land, is coming to find and fight him.

Fleeing home, Fin tells his wife of his worries. But clever Oonagh the giantess has a plan- with her wits and her skills and her magic charms, she sets out to trick Cucullin and save her husband.

Full of humor and charm, Tomie dePaola's retelling of this classic fable is boldly illustrated, with detailed borders based on ancient Irish metalwork.

Tomie dePaola is the beloved Caldecott Honor- and Newbery Honor-winning author and/or illustrator of close to 250 books, including Strega Nona and Quiet. Tomie was born in Connecticut and grew up there with his parents, brother, and two sisters. He loved reading and books from an early age and knew, when he was four, that he wanted to write and illustrate stories when he grew up. Tomie is the recipient of numerous awards and honors, including the Laura Ingalls Wilder Award from the American Library Association for his "substantial and lasting contribution to literature for children," the Smithson Medal from the Smithsonian Institution, the Regina Medal from the Catholic Library Association, and the Kerlan Award from the University of Minnesota for his "singular attainment in children's literature." He was nominated for the Hans Christian Andersen Award in illustration and has received the New Hampshire's Governor's Arts Award of Living Treasure.