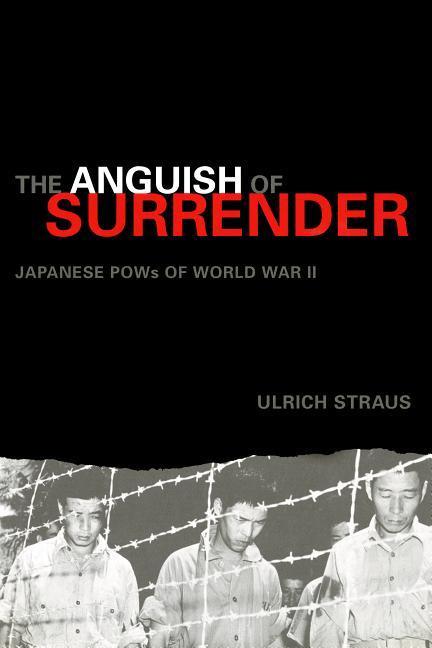 The Anguish of Surrender

12% Rabatt³ sichern mit Gutscheincode: MAI12
​
On December 6, 1941, Ensign Kazuo Sakamaki was one of a handful of men selected to skipper midget subs on a suicide mission to breach Pearl Harbor's defenses. When his equipment malfunctioned, he couldn't find the entrance to the harbor. He hit sever … weiterlesen
Geschenk per Mail versenden
Taschenbuch

Titel: The Anguish of Surrender
Autor/en: Ulrich A. Straus

On December 6, 1941, Ensign Kazuo Sakamaki was one of a handful of men selected to skipper midget subs on a suicide mission to breach Pearl Harbor's defenses. When his equipment malfunctioned, he couldn't find the entrance to the harbor. He hit several reefs, eventually splitting the sub, and swam to shore some miles from Pearl Harbor. In the early dawn of December 8, he was picked up on the beach by two Japanese American MPs on patrol. Sakamaki became Prisoner No. I of the Pacific War. Japan's no-surrender policy did not permit becoming a POW. Sakamaki and his fellow soldiers and sailors had been indoctrinated to choose between victory and a heroic death. While his comrades had perished, he had survived. By avoiding glorious death and becoming a prisoner of war, Sakamaki believed he had brought shame and dishonor on himself, his family, his community, and his nation, in effect relinquishing his citizenship. Sakamaki fell into despair and, like so many Japanese POWs, begged his captors to kill him. Based on the author's interviews with dozens of former Japanese POWs, along with memoirs only recently coming to light, "The Anguish of Surrender tells one of the great unknown stories of World War II. Beginning with an examination of Japan's prewar ultranationalist climate and the harsh code that precluded the possibility of capture, the author investigates the circumstances of surrender and capture of men like Sakamaki and their experiences in POW camps. Many POWs, ill and starving after days wandering in the jungles or hiding out in caves, were astonished at the superior quality of food and medical treatment they received. Contrary to expectations, most Japanese POWs, psychologicallyunprepared to deal with interrogations, provided information to their captors. Trained Allied linguists, especially Japanese Americans, learned how to extract intelligence by treating the POWs humanely. Allied intelligence personnel took advantage of lax Japanese security precau

Ulrich "Rick" Straus lived a total of twenty-one years in Japan, first as a child between 1933 and 1940 in Tokyo, then as a U.S. Army language officer during the Occupation, when he participated in the trial of Japan's major war criminals. He was Consul General on Okinawa from 1978 to 1982 and retired from the Foreign Service in 1987.

"In this remarkable book, Rick Straus combines scholarship, expertise, and empathy to convey, for the first time in English, the truly dramatic and deeply human stories of Japanese POWs, from their prewar indoctrination through unexpected prison camp experiences to postwar reintegration. In the process he advances our understanding of the paradoxical wartime roots of postwar Japanese-American friendship."--Association for Diplomatic Studies and Training Newsletter "The Anguish of Surrender is the story of ordinary soldiers. Faced with difficult circumstances, individually and in small groups they defied the values their country taught them, and chose life over valor. We can learn much from the life journeys of such men."--David K. Yamaguchi, An Asian Pacific North American Review of Books "Straus has written a deeply-felt and sensitive meditation on the terrible toll that the Senjinkun imposed. Only someone having a close familiarity with Japan, its culture and its mores, could have written so movingly."--Hans Baerwald, Japan Policy Research Institute Critique "This is an engrossing story told with sensitivity by one who has deep experience in Japan, and who writes with clarity and empathy."--Ambassador Michael Armacost