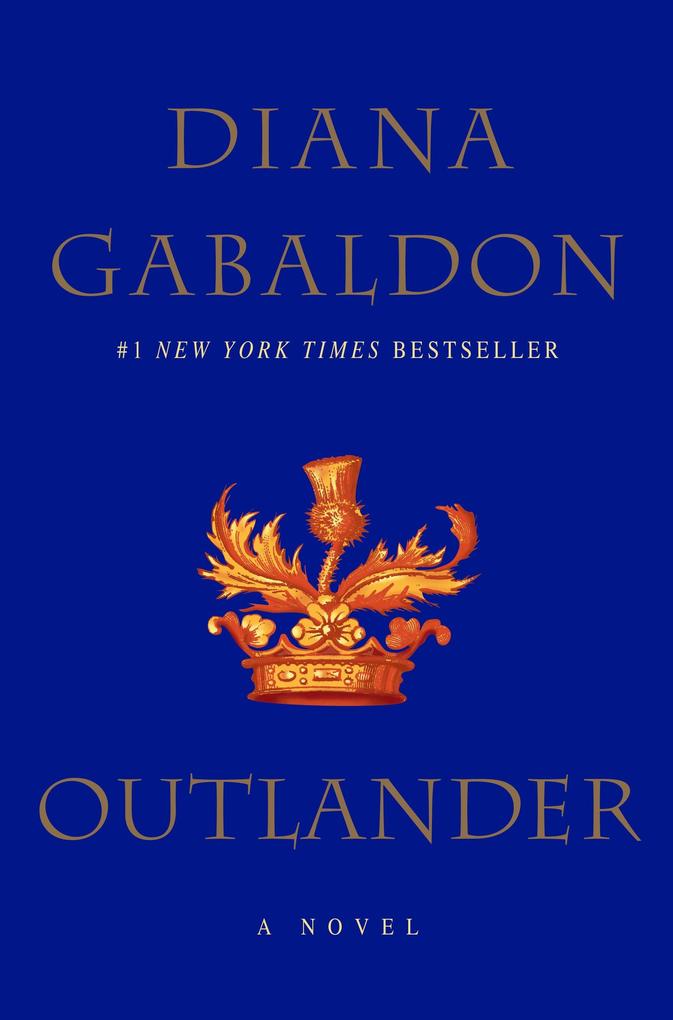 Unrivaled storytelling. Unforgettable characters. Rich historical detail. These are the hallmarks of Diana Gabaldon's work. Her New York Times bestselling Outlander novels have earned the praise of critics and captured the hearts of millions of fans. Here is the story that started it all, introducing two remarkable characters, Claire Beauchamp Randall and Jamie Fraser, in a spellbinding novel of passion and history that combines exhilarating adventure with a love story for the ages.

One of the top ten best-loved novels in America, as seen on PBS's The Great American Read!

Scottish Highlands, 1945. Claire Randall, a former British combat nurse, is just back from the war and reunited with her husband on a second honeymoon when she walks through a standing stone in one of the ancient circles that dot the British Isles. Suddenly she is a Sassenach-an "outlander"-in a Scotland torn by war and raiding clans in the year of Our Lord . . . 1743.

Claire is catapulted into the intrigues of a world that threatens her life, and may shatter her heart. Marooned amid danger, passion, and violence, Claire learns her only chance of safety lies in Jamie Fraser, a gallant young Scots warrior. What begins in compulsion becomes urgent need, and Claire finds herself torn between two very different men, in two irreconcilable lives.

"Gabaldon is a born storyteller. . . . The pages practically turn themselves."-The Arizona Republic, on Dragonfly in Amber

"Triumphant . . . Her use of historical detail and a truly adult love story confirm Gabaldon as a superior writer."-Publishers Weekly, on Voyager

"A grand adventure written on a canvas that probes the heart, weighs the soul and measures the human spirit across [centuries]."-CNN, on The Fiery Cross

"The large scope of the novel allows Gabaldon to do what she does best, paint in exquisite detail the lives of her characters."-Booklist, on A Breath of Snow and Ashes

"Features all the passion and swashbuckling that fans of this historical fantasy series have come to expect."-People, on Written in My Own Heart's Blood

Diana Gabaldon is the #1 New York Times bestselling author of the wildly popular Outlander novels-Outlander, Dragonfly in Amber, Voyager, Drums of Autumn, The Fiery Cross, A Breath of Snow and Ashes (for which she won a Quill Award and the Corine International Book Prize), An Echo in the Bone, and Written in My Own Heart's Blood-as well as the related Lord John Grey books Lord John and the Private Matter, Lord John and the Brotherhood of the Blade, Lord John and the Hand of Devils, and The Scottish Prisoner; one work of nonfiction, The Outlandish Companion; and the Outlander graphic novel The Exile. She lives in Scottsdale, Arizona, with her husband.

Buch
Written in My Own Heart's Blood
von Diana Gabaldon

Buch
An Echo in the Bone
von Diana Gabaldon

Buch
A Breath of Snow and Ashes
von Diana Gabaldon