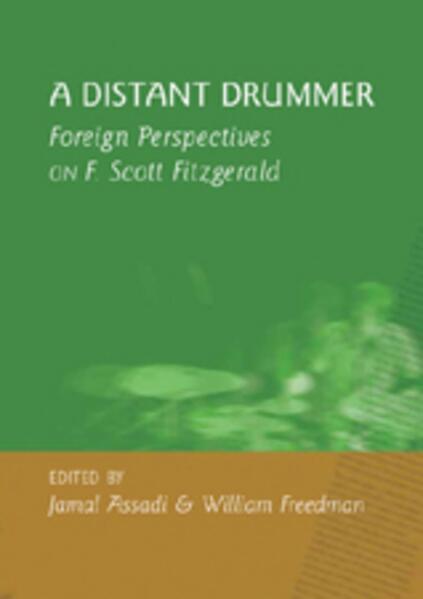 A Distant Drummer attends more to F. Scott Fitzgerald's aesthetic merits, ideas, style, techniques, context of his works and less to biographical details which, critics believe, are intricately interwoven within his works. In striving to respond to Fitzgerald's artistry away from the impulse of the author's personal experience, it is - in a very strange paradox - more attuned and, in consequence, closer to Fitzgerald, who wanted his fiction to be objectively judged and free of the stigma which besmirches his reputation.

"The essays in 'A Distant Drummer', written in the second language of most of these contributors, provide fresh readings of 'The Great Gatsby' and 'Tender Is the Night' from notable contemporary Fitzgerald scholars in England, France, Germany, Scotland, India, and Israel. The editors of this collection note that each essayist hears in this most American of writers 'a distant drummer' and responds with original insights into the ideas and aesthetics in Fitzgerald's novels. The result is an exciting new volume with global appeal." (Cathy Barks, Associate Director of the University Honors Program, University of Maryland, College Park)
"This new collection of essays about F. Scott Fitzgerald by a distinguished group of foreign scholars (with the exception of one American scholar residing abroad) is an important contribution to Fitzgerald studies. The essays, remarkably, find new dimensions in familiar works, such as 'The Great Gatsby' and 'Tender Is the Night', and offer penetrating analyses of the stories, translations of Fitzgerald, and the historical era with which he was so closely associated. This collection will undoubtedly become an important resource for anyone - general reader or scholar - interested in this great writer." (Ruth Prigozy, Professor of English, Hofstra University; Executive Director, F. Scott Fitzgerald Society)
Kunden, die diesen Artikel gekauft haben, kauften auch
Schreiben Sie eine Rezension