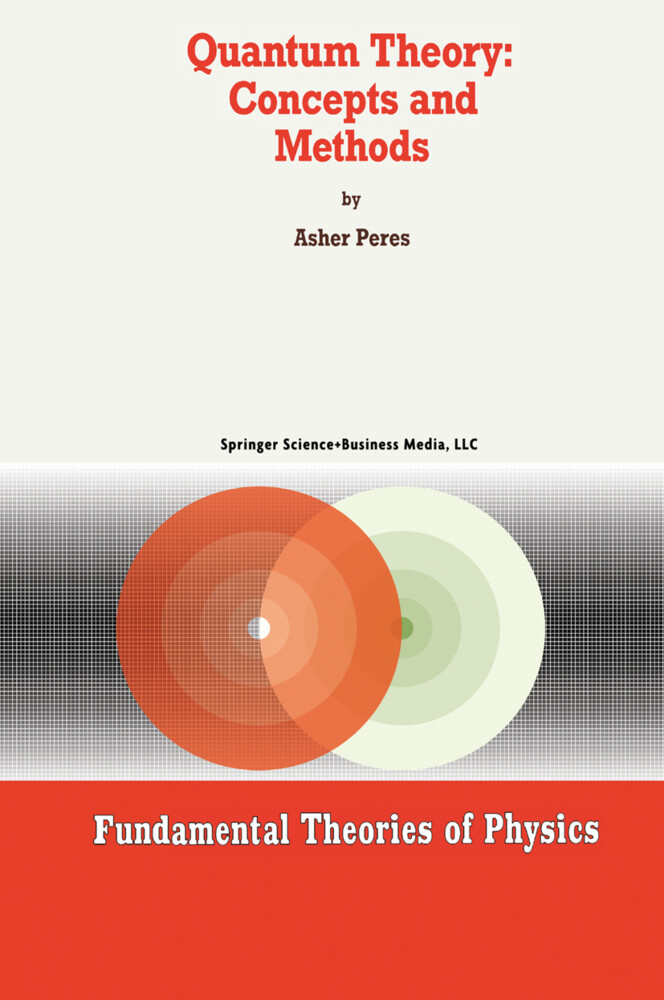 There are many excellent books on quantum theory from which one can learn to compute energy levels, transition rates, cross sections, etc. The theoretical rules given in these books are routinely used by physicists to compute observable quantities. Their predictions can then be compared with experimental data. There is no fundamental disagreement among physicists on how to use the theory for these practical purposes. However, there are profound differences in their opinions on the ontological meaning of quantum theory. The purpose of this book is to clarify the conceptual meaning of quantum theory, and to explain some of the mathematical methods which it utilizes. This text is not concerned with specialized topics such as atomic structure, or strong or weak interactions, but with the very foundations of the theory. This is not, however, a book on the philosophy of science. The approach is pragmatic and strictly instrumentalist. This attitude will undoubtedly antagonize some readers, but it has its own logic: quantum phenomena do not occur in a Hilbert space, they occur in a laboratory.

`...I can recommend the book with unqualified enthusiasm. The prose is highly readable and often charming. The mathematical style is unpretentious and down-to-earth, yet often elegant. The point of view, while aggressively orthodox, is also remarkably fresh and up-to-date, and often strikingly original in the details. Peres's book is a treasure trove of novel perspectives on quantum mechanics and is in many ways the best book on physics that I have seen in a long time.'
Studies in History and Philosophy of Modern Physics, 28:1 (1997)
`The general theory of Quantum Mechanics is often hidden behind the applications in the more famous books like Sakurai, Gasiorowitz etc. As a student of QM I never understood what all the fuzz was about until I read Peres' wonderful book. By starting from experimental facts he shows in a clear way which concepts are necessary for QM and what the theory actually implies on the real world. It is by far the best introduction to QM and the best self-study book. Most of the other books I've looked at talk too much about certain applications to special fields of physics and fails to give any general understanding of the subject. Quantum Theory: Concepts and Methods should be the given choice for any introductory course in QM, not because it is easy or simple but just because there are no better books!'
Albinth, Stockholm, Sweden
`This must be about the tenth introductory book on quantum mechanics I've read. It is, quite simply, the best of the lot of them (Merzbacher, Messiah, Bohm, Schwabl,...). I would especially recommend this book to philosophers who are looking to get into the philosophy of quantum mechanics, since it deals with conceptual aspects as well as standard material (there's even some stuff on quantum computation in here!). What you get here is the Hilbert space formalism which is essential for philosophers of physics and advanced researchers in physics. I would even recommend this book to 1st year undergraduates - it's certainly accessible enough. It is precisely this accessibility that is the best feature of this book. Peres is clearly an excellent teacher. Also, if your looking for a self-study book then this is much better than any of the other standard books, it is a much more intuitive and fresh approach.'
Dean Rickles, Leeds, UK