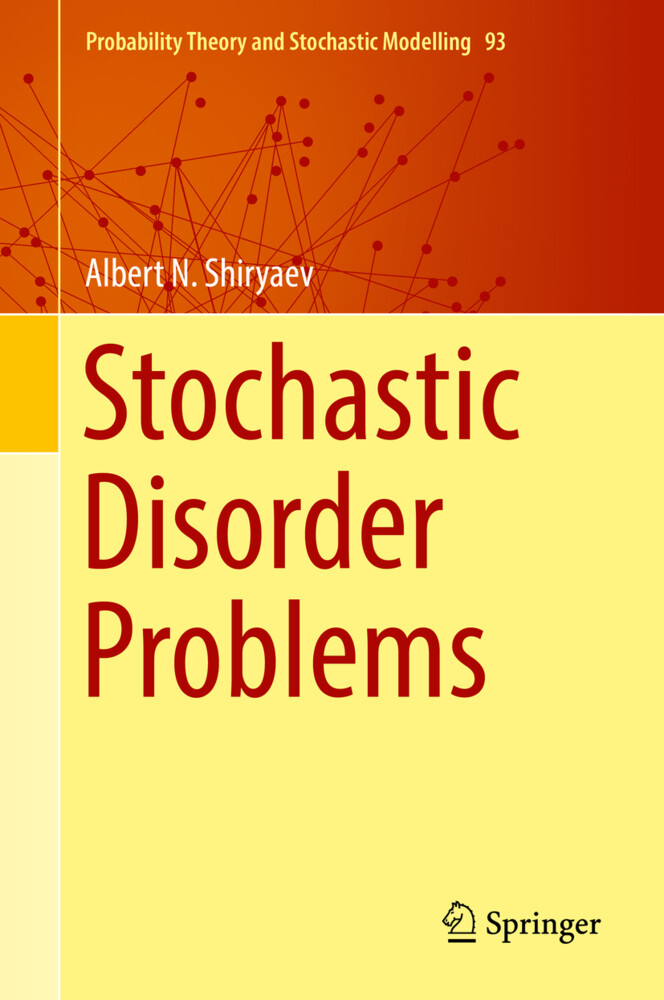 This monograph focuses on those stochastic quickest detection tasks in disorder problems that arise in the dynamical analysis of statistical data. These include quickest detection of randomly appearing targets, of spontaneously arising effects, and of arbitrage (in financial mathematics). There is also currently great interest in quickest detection methods for randomly occurring intrusions in information systems and in the design of defense methods against cyber-attacks. The author shows that the majority of quickest detection problems can be reformulated as optimal stopping problems where the stopping time is the moment the occurrence of disorder is signaled. Thus, considerable attention is devoted to the general theory of optimal stopping rules, and to its concrete problem-solving methods.
The exposition covers both the discrete time case, which is in principle relatively simple and allows step-by-step considerations, and the continuous-time case, which often requires more technical machinery such as martingales, supermartingales, and stochastic integrals. There is a focus on the well-developed apparatus of Brownian motion, which enables the exact solution of many problems. The last chapter presents applications to financial markets.


Albert N. Shiryaev is Chief Scientific Researcher and Professor of Probability Theory and Mathematical Statistics at the Steklov Mathematical Institute of the Russian Academy of Sciences and Head of the Department of Probability Theory in the Mechanics and Mathematics Faculty at Lomonosov Moscow State University. He is the author of several books, including Problems in Probability [translated by Andrew Lyasov], Optimal Stopping Rules [translated by A.B. Aries], and Statistics of Random Processes [with Robert S. Liptser]. He was the recipient of the A.A.MarkovPrize in 1974, of the A.N.Kolmogorov Prize in 1994, and of the Golden P.L.Chebyshev Medal of the Russian Academy of Science in 2017.

"Researchers and graduate students interested in optimal stopping, decision theory, and statistical sequential analysis will find this book useful. It is a very welcome addition to the literature of these fields." (Rick Durrett, MAA Reviews, December 14, 2019)