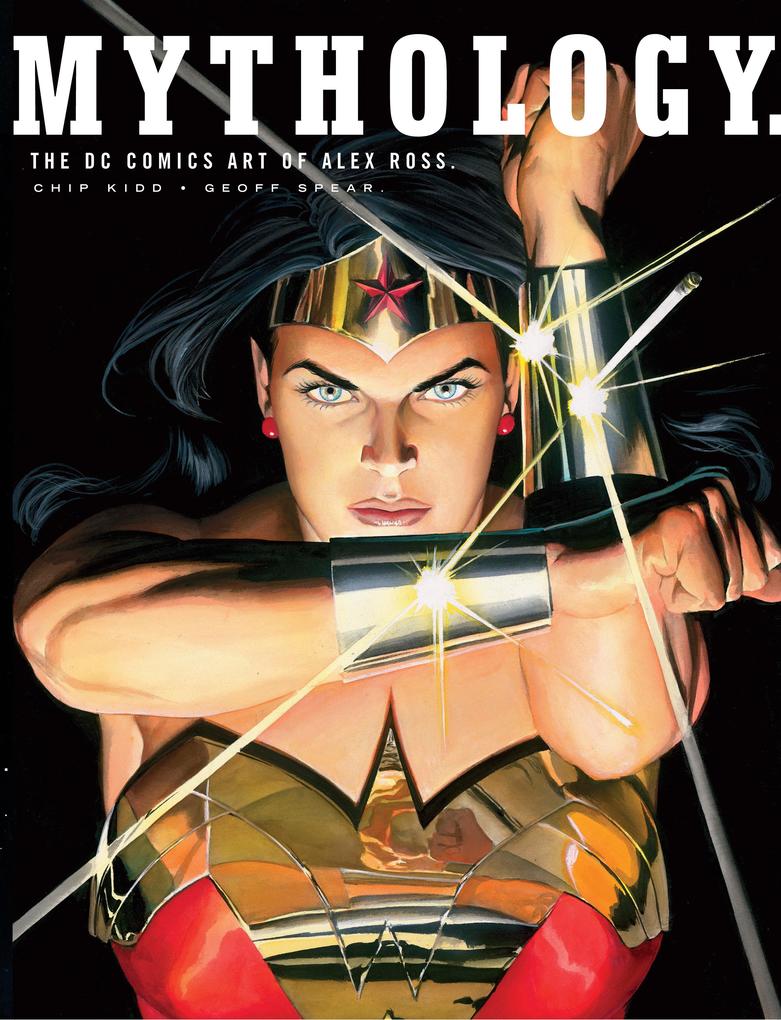 von Alex Ross
Sprache: Englisch.
Buch (gebunden)
Here is the incomparable cast of the DC Comics universe: Superman, Batman, Wonder Woman, the Flash, Aquaman, the Green Lantern, and the rest of the Justice League as you've never seen them before. Mythology brings together the best-loved comic … weiterlesen
Geschenk per Mail versenden
Buch (gebunden)

Here is the incomparable cast of the DC Comics universe: Superman, Batman, Wonder Woman, the Flash, Aquaman, the Green Lantern, and the rest of the Justice League as you've never seen them before. Mythology brings together the best-loved comic characters in the world, brought to life by one of the most astonishing young artists working in the medium today, Alex Ross. The award-winning designer/writer Chip Kidd and photographer Geoff Spear have teamed up to create a book like no other, with an introduction by M. Night Shyamalan, the acclaimed director of Signs and The Sixth Sense.

Ross has often been called "the Norman Rockwell of comics," and this book reveals not only his lifelong love of these classic super heroes but also his vision: Mythology takes you into the studio for a behind-the-scenes look at his fascinating creative process. The combination of Ross's dynamic art and Kidd's kinetic design make images from his most memorable stories-including Kingdom Come, Superman: Peace on Earth, Batman: War on Crime, and Uncle Sam-soar off the more than 280 pages. There are also hundreds of never-before-seen sketches, limited edition prints, and prototype sculptures. Vintage DC comic panels are interspersed throughout, as reference points from which Ross launches his extraordinary interpretations.

And most exciting for Ross fans, inside is a DC Comics first: an exclusive, original Superman-Batman story, written by Kidd and painted by Ross. Also included is an all-new origin of Robin, written by Paul Dini. Mythology is a book in which every page explodes with the power of the icons it celebrates.

ALEX ROSS has produced more than 1,500 pages of comics material in less than fourteen years-an extraordinary body of work that has earned him every major award in the industry.

Ross was born in Portland, Oregon, in 1970 and eventually settled in Chicago where he attended the American Academy of Art. Among his best-known books are: Marvels, Kingdom Come, Uncle Sam, Earth X, Superman: Peace on Earth, Batman: War on Crime, and JLA: Liberty and Justice.

CHIP KIDD is the author and designer of Batman Collected and Peanuts: The Art of Charles M. Schulz. His book jacket designs for Alfred A. Knopf helped break new ground in the field, from the late 1980s to the present. The Cheese Monkeys, Kidd's first novel, published in 2001, was a New York Times Notable Book of the Year.

GEOFF SPEAR has photographed for numerous publications, including Vogue, Entertainment Weekly, GQ, Newsweek, and the New York Times. His images have also appeared in national ad campaigns for AT&T, American Express, Citibank, and IBM. His photographs for Batman Collected were chosen for the American Photography annual of the best of 1996.