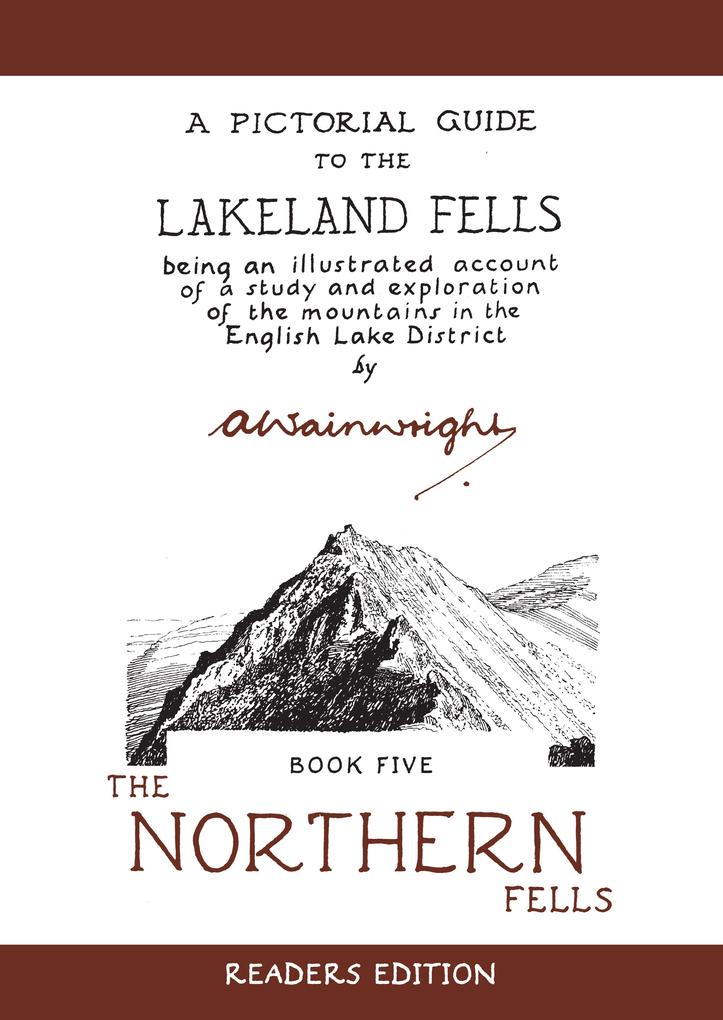 The original Pictorial Guide to the Northern Fells of Lakeland - freshly reproduced from Wainwright's original pages.

Born in Blackburn in 1907, Alfred Wainwright left school at the age of 13. A holiday at the age of 23 kindled a life-long love affair with the Lake District. Following a move to Kendal in 1941 he began to devote every spare moment he had to researching and compiling the original seven Pictorial Guides. He described these as his 'love letters' to the Lakeland Fells and at the end of the first, The Eastern Fells, he wrote about what the mountains had come to mean to him: "I suppose it might be said, to add impressiveness to the whole thing, that this book has been twenty years in the making, for it is so long, and more, since I first came from a smoky mill-town (forgive me, Blackburn!) and beheld, from Orrest Head, a scene of great beauty, a fascinating paradise, Lakeland's mountains and trees and water. That was the first time I had looked upon beauty, or imagined it, even. Afterwards I went often, whenever I could, and always my eyes were lifted to the hills. I was to find then, and it has been so ever since, a spiritual and physical satisfaction in climbing mountains - and a tranquil mind upon reaching their summits, as though I had escaped from the disappointments and unkindnesses of life and emerged above them into a new world, a better world. In due course I came to live within sight of the hills, and I was well content. If I could not be climbing, I was happy to sit idly and dream of them, serenely. Then came a restlessness and the feeling that it was not enough to take their gifts and do nothing in return. I must dedicate something of myself, the best part of me, to them. I started to write about them, and to draw pictures of them. Doing these things, I found they were still giving and I still receiving, for a great pleasure filled me when I was so engaged - I had found a new way of escape to them and from all else less worth while. Thus it comes about that I have written this book. Not for material gain, welcome though that would be (you see I have not escaped entirely!); not for the benefit of my contemporaries, though if it brings them also to the hills I shall be well pleased; certainly not for posterity, about which I can work up no enthusiasm at all. No, this book has been written, carefully and with infinite patience, for my own pleasure and because it has seemed to bring the hills to my own fireside. If it has merit, it is because the hills have merit." A. Wainwright died in 1991 at the age of 84.