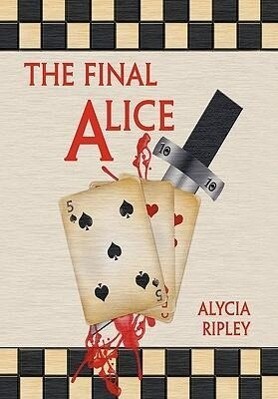 When thirty year old Alice Pleasance feels her life and writing career going nowhere, she fears her namesake ancestor, a resourceful girl immortalized in a classic novel, would be disappointed by and ashamed of her failures. This fear is abated when Alice is approached by a talking deer who explains that Alice has been chosen to battle the Red King, a manipulative and evil shape-shifter, in order to thwart his plans to infect and control humanity. Mysterious and ominous appearances of the numbers 10:10 convince Alice that although she may not know what is coming, she must relinquish self doubt to defeat it. Joined by a makeshift army of two telekinetic children, a dog who grows to dragon-size, a pair of ex-soldier Nigerian twins, and a bodiless Compass who desperately wants to become a real girl, Alice prepares for a terrifying and unpredictable confrontation.

A ring of child pornographers, cruel office managers, sadistic cheerleaders, and a two-headed contractor are only some of the obstacles Alice must face and eliminate in order to own her role in a family well-versed in nightmarish fairy tales and spiritual riddles.

Funny, poignant, provocative, and disturbing, the story illustrates the epic details often existing in everyday life, the power of imagination, and the requirements of redemption. This surreal, adult adventure is a new slice of Wonderland for a very modern audience.

A lysergic head trip of a novel, The Final Alice is the rare tale that possesses equal measures of heart, wit, and inspired, demented madness. Alycia Ripley's fine novel deserves to be read, re-read, analyzed, debated, and perhaps become the sacred text of a passionate cult.

-James Ponsoldt, writer/director of Off the Black, Smashed, and The Spectacular Now