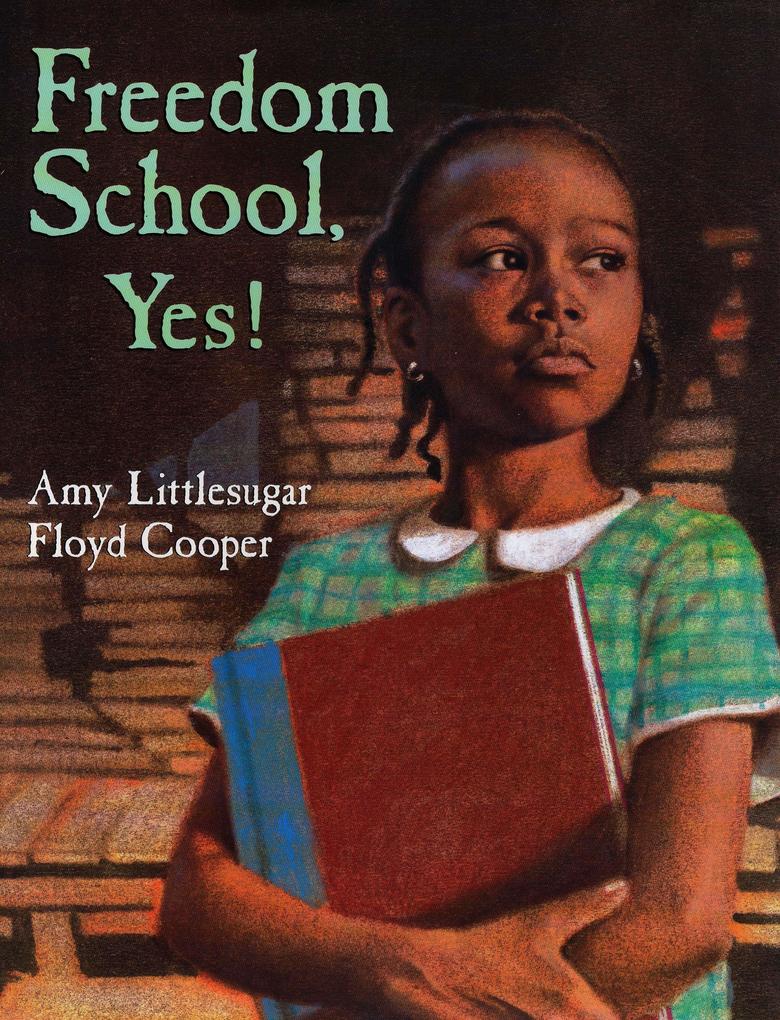 von Amy Littlesugar
Empfohlen von 4 bis 8 Jahren. Sprache: Englisch.
Buch (gebunden)
Jolie has a lot to be scared about since the new Freedom School teacher, Annie, came to town. Bricks thrown through windows in the dead of night, notes filled with hate, and now a fire has burnt down the church where Annie was supposed to start teach … weiterlesen
Geschenk per Mail versenden
Buch (gebunden)

Jolie has a lot to be scared about since the new Freedom School teacher, Annie, came to town. Bricks thrown through windows in the dead of night, notes filled with hate, and now a fire has burnt down the church where Annie was supposed to start teaching tomorrow! Without the church, how can she possibly teach Jolie and the other townspeople about black poets and artists, historians and inventors? Unless the people themselves fight back.In this triumphant story based on the 1964 Mississippi Freedom School Summer Project, Amy Littlesugar and Floyd Cooper come together to celebrate the strength of a people, and the bravery of one young girl who didn't let being scared get in her way.

Amy Littlesugar lives in Columbia, Maryland.
When Floyd Cooper discovered children's book illustrating, he found a way to complement his career in advertising. An apprentice of Mark English, Mr. Cooper began his freelance career while still a student at the University of Oklahoma. After graduating, he made his way to Missouri, where he secured a position at a greeting card company.

Although Mr. Cooper was established in his position there, he felt somewhat stifled. He lacked the freedom and opportunity for spontaneity that he longed for as an artist and the joy that could be found in doing something that he loved.

Determined to break out of the mundane cycle he found himself in, Mr. Cooper relocated to the East Coast in 1984 to pursue his career further. It was there that he discovered the world of children's book illustrating and was amazed by the opportunities for creativity it afforded. Mr. Cooper was energized. The first book he illustrated, Grandpa's Face, captivated reviewers. Publishers Weekly said of newcomer Floyd Cooper's work, "Cooper, in his first picture book, creates family scenes of extraordinary illumination. He reinforces in the pictures the feelings of warmth and affection that exist between generations."

Illustrating children's books is very important to Mr. Cooper. He says, "I feel children are at the frontline in improving society. This might sound a little heavy, but it's true. I feel children's picture books play a role in counteracting all the violence and other negative images conveyed in the media."

Floyd Cooper resides in New Jersey with his wife, Velma, and their two sons.copyright © 2000 by Penguin Putnam Books for Young Readers. All rights reserved.