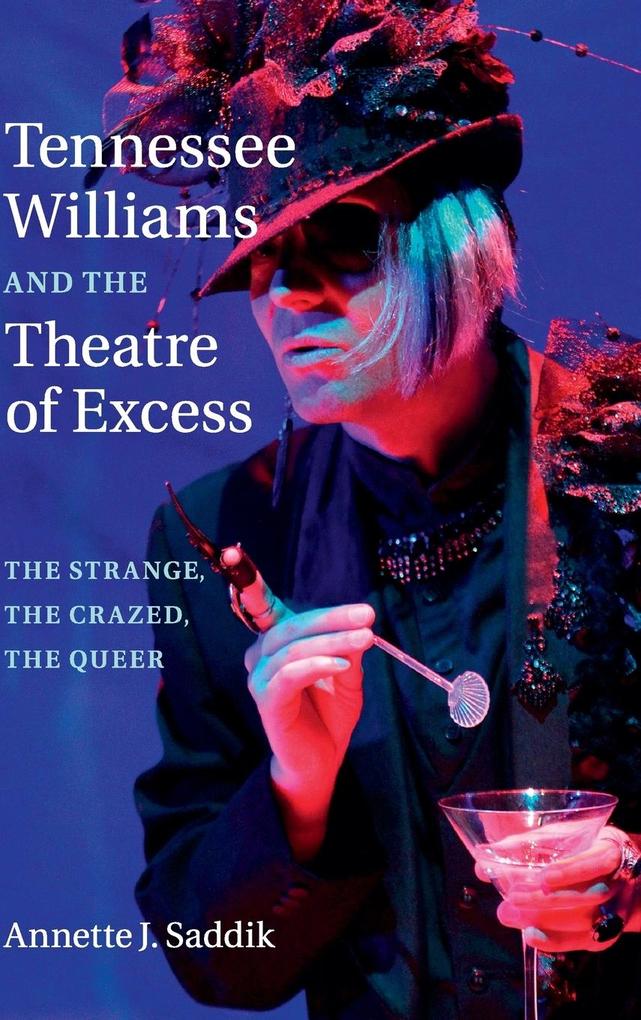 Tennessee Williams and the Theatre of Excess

This book explores Williams' late plays in terms of a 'theatre of excess', which seeks liberation through exaggeration, chaos, ambiguity, and laughter.

Introduction: 'sicker than necessary': Tennessee Williams' theatre of excess;
1. 'Drowned in Rabelaisian laughter': Germans as grotesque comic figures in Williams' plays of the 1960s and '70s;
2. 'Benevolent anarchy': Williams' late plays and the theater of cruelty;
3. 'Writing calls for discipline!': Chaos, creativity, and madness in Clothes for a Summer Hotel;
4. 'Act naturally': embracing the monstrous woman in The Milk Train Doesn't Stop Here Anymore, The Mutilated, and The Pronoun 'I';
5. 'There's something not natural here': grotesque ambiguities in Kingdom of Earth, A Cavalier for Milady and A House Not Meant to Stand;
6. 'All drama is about being extreme': 'in-yer-face' sex, war, and violence; Conclusion: 'the only thing to do is laugh'.

Annette J. Saddik is Professor of English and Theatre at the City University of New York (CUNY), where she teaches at the CUNY Graduate Center and New York City College of Technology. She is the author of Contemporary American Drama (2007) and The Politics of Reputation: The Critical Reception of Tennessee Williams' Later Plays (1999), the first exploration of Williams' post-1961 reputation. She is also the editor of Tennessee Williams: The Traveling Companion and Other Plays (2008) and has published essays on various playwrights in journals such as Modern Drama, The Drama Review (TDR), and South Atlantic Review, as well as in numerous critical anthologies and encyclopedias. She serves on the editorial boards of Theatre Topics, the Tennessee Williams Annual Review, and the Journal of Contemporary Drama in English, and recently received the 2015 McAndless Distinguished Professor Award to serve as scholar-in-residence at Eastern Michigan University.