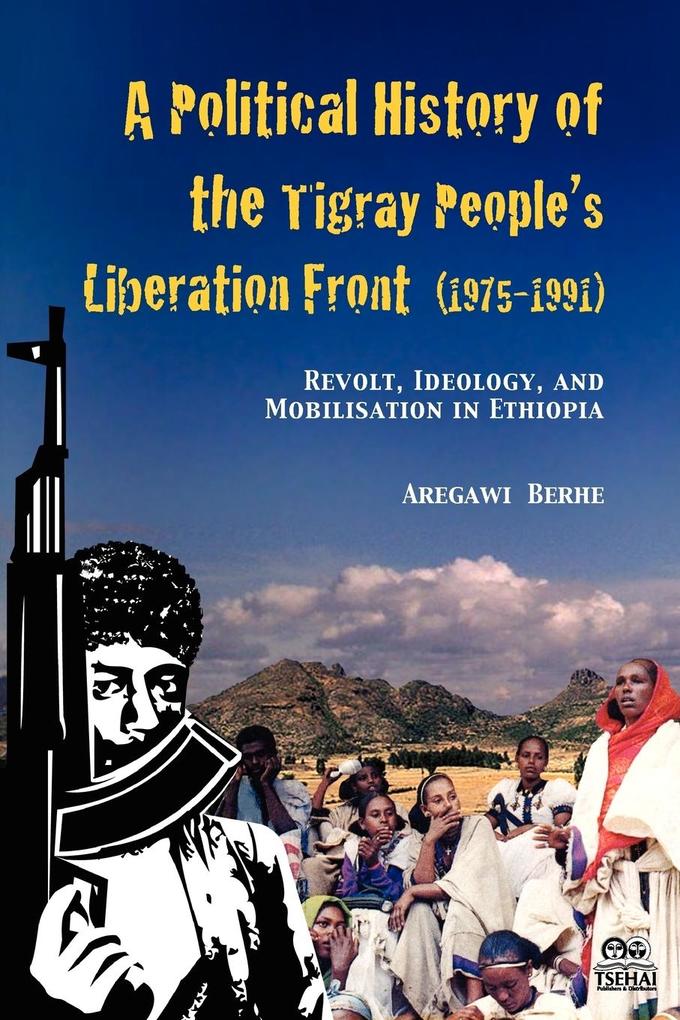 A Political History of the Tigray People's Liberation Front (1975-1991): Revolt, Ideology, and Mobilisation in…

A Political History of the Tigray People's Liberation Front (1975-1991): Revolt, Ideology, and Mobilisation in Ethiopia, is a comprehensive and critical study that seamlessly integrates the theoretical issues of ethnic self-determination with real life events, processes and empirical observations of the complex history of the TPLF. Its author, Aregawi Berhe, received his doctorate in Social Studies from the Vrije University in Amsterdam. He is also one of the founders and a former commander of the Tigray People's Liberation Front (TPLF), the revolutionary movement that overthrew and replaced the Dergue-the military dictatorship that ruled Ethiopia. In this book, Aregawi unpacks the history of the TPLF and discusses its origins in the Ethiopian student movement, its organization in Tigray and the mobilization of its inhabitants, the creation of a peasant army, the factional struggles within the TPLF, its relations with other liberation movements, and, ultimately, its success in capturing state power. Using this history as a guideline, Aregawi handles significant areas of theoretical dispute regarding ethnic self-determination and its various interpretations, which he deftly articulates with a critical and comprehensive discussion of the complex issues that arise from the protracted struggle to overthrow a repressive military regime (the Dergue) with a peasant-based guerilla movement.

The book discusses, among other things, the question of ethnicity and the conflicting interpretations of ethnic self-determination, the issues raised by the competing and overlapping claims of the various liberation movements; the tension between a radical elite ideology and the beliefs and expectations of the peasantry; the political mobilization of the peasantry and the creation of a peasant army; the relevance of the Marxist notion of the universality of class-struggle in the context of ethnically-oriented politics; the TPLF's transformation from a regional ethnic movement to a political party that spearheads a pan-Ethiopian coalition of ethnic liberation movements (The Ethiopian Peoples' Revolutionary Democratic Front); and its transition from a guerilla movement to a political party that governs Ethiopia-the second most populous country in Africa. Descriptively rich, well documented, and subtly argued, this is a book that challenges its readers to reexamine the recent history of Ethiopia in a new light and forces them to consider the momentous political tasks and the uncertain future the country now faces.

Aregawi Berhe, Ph.D., a former student at Haile Selassie I University, he left school to join the TPLF as a founding member and combated the emerging military dictatorship in Post 1974 Ethiopian Revolution. Until he was forced into exile, he served the Front as its Commander. Currently, he is involved in ongoing efforts to advocate political reform and democratization in Ethiopia. He is a founding member of the TAND political party (Tigraian Alliance for National Democracy, active also in the Ethiopian diaspora) and member of the Ethiopian opposition coalition the United Ethiopian Democratic Front (UEDF), a "wing" of which has seats in the current Ethiopian parliament. He lives in The Netherlands.