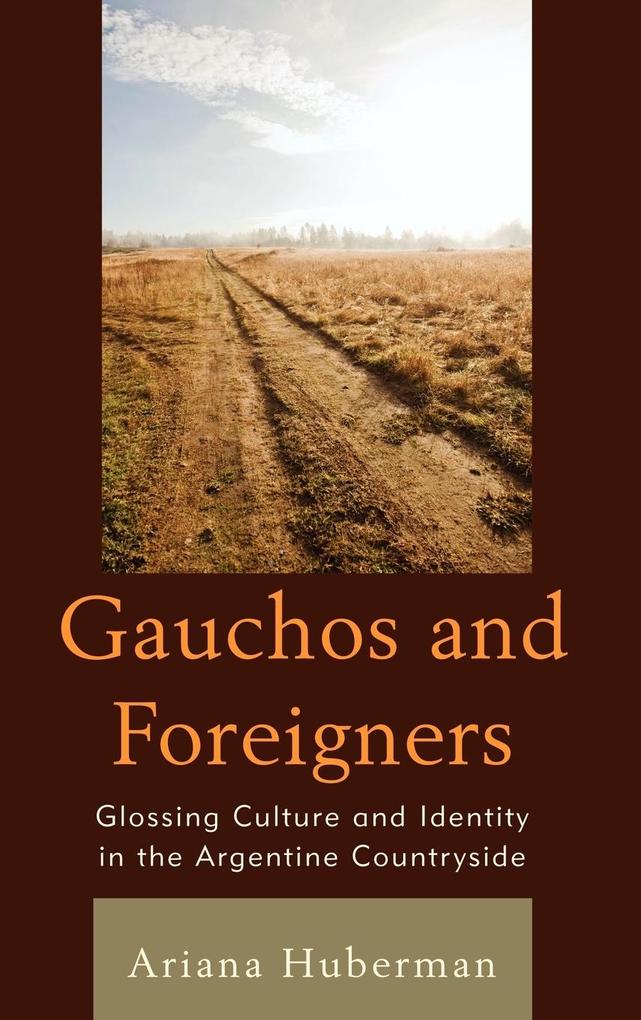 In Ariana Huberman's manuscript titled Gauchos and Foreigners: Glossing Culture and Identity in the Argentine Countryside, she discusses the relationship between the gaucho figure and the "foreigner" in Argentine rural literature from the turn of the nineteenth-century to the 1920's in order to explore the complexities of mutual cultural transformation in a literary genre and a region that thrives in binaries.

Ariana Huberman's Gauchos and Foreigners offers a rich, provocative reflection on national myths and constructions of national identity in Argentina. The gaucho, a powerful ideological figure in Argentine literature, endowed with near-mystical status, is subjected in this book to new readings through the novels of three unusual authors - William Henry Hudson, Benito Lynch, and Alberto Gerchunoff - who, purposely blurring the limits between the national and the foreign, deconstruct the national icon. This is a most stimulating, critically productive contribution to ongoing debates on national belonging, regional specificity, and cross-cultural exchange. -- Sylvia Molloy,, Albert Schweitzer Professor of Humanities, New York University In an original reading of works by W.H. Hudson, Benito Lynch and Alberto Gerchunoff, Ariana Huberman cleverly demonstrates the way in which foreignness is inseparable from that which has conventionally been understood as authentically "Argentine": the pampas and the figure of the gaucho. Through the lens of translation theory and Paul de Man's notion of disarticulation, Huberman persuasively argues for a reconsideration of the relationship between the foreign and the autochthonous in late-nineteenth and early twentieth-century Argentine literary production, insisting that the act of translating or glossing the other is always at work in projects to imagine the national self. Gauchos and Foreigners will be of great interest to students and specialists in the fields of both Jewish studies and Latin American literature. -- Erin Graff Zivin, University of Southern California This provocative book is an original reflection on identities, languages, and translations within the framework of the changing culture of Argentina throughout the 19th and 20th centuries. Ariana Huberman presents the pampa as expansive plains replete with cultural transactions. In the fictions she analyzes this desolate environment becomes a variegated space where native and foreign dwellers have to be mutually translated. Languages in this fascinating Argentine landscape thereby constitute powerful instruments through which cultures explore themselves and each other. -- Graciela Montaldo, Columbia University In the 19th and 20th centuries, the gaucho enjoyed near mythical status as a national icon in Argentina and Uruguay. Here, Huberman (Haverford College) adds a radicalized twist to the ongoing debates on national identity, regional identification, and cross-cultural exchange. Analyzing the gaucho in novels of "foreign" authors W. H. Hudson (The Purple Land and Far Away and Long Ago), Benito Lynch (El ingles de los guesos), and Alberto Gerchunoff (Los gauchos judios), she highlights how English scientists and travelers and Italian and Jewish immigrants interact with the gaucho lifestyle, both in reality and in their desire to translate an intercultural perspective. She shows clearly how such mediation challenges "foreign" and "native" as stable categories. With this volume, Huberman adds greatly to knowledge of the textual strategies of cultural interchange in what she imaginatively designates "the glossary effect" in this sampling of the multicultural wealth of Argentine literature. Well written and including a useful bibliography, this handsomely printed study deserves a place on the list of must-read critical literature on Southern Cone culture and national identity. Summing Up: Highly recommended. Lower- and upper-division undergraduates; graduate students; general readers.