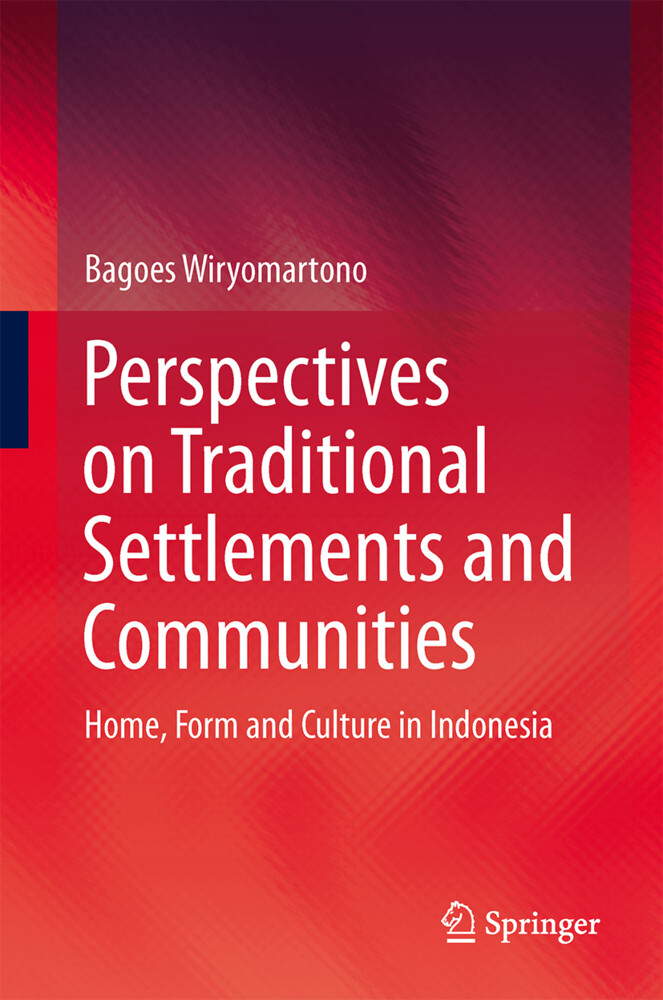 Perspectives on Traditional Settlements and Communities

This book covers the relationship between societies and their culture in the context of traditional settlement in Indonesia. The focus of the study is on the search for meanings of local concepts. This study reveals and analyzes the concepts concerning home and their sociocultural strategies for maintaining a sense of community and identity. In this study, identifying local concepts becomes the hallmark and the hub of analyses that explore, verify and establish relations between ideas and phenomena. Based on these relations, this study attempts to capture the reality of the local world that upholds and sustains the communities' values, norms and principles for what they may call a homeland. The book is organized into two parts. Part I describes a cross-regional habitation in Indonesia, while Part II presents four ethnic regions of Indonesia - Sa'dan Toraja, Bali, Naga and Minangkabau. Their unique traditions, customs, beliefs and attitudes serve to provide diversity in terms of their backgrounds and lifestyles, though they share the challenge of sustaining their sense of home in the face of modernity as characterized by changes and developments toward a technologically industrialized society. The central research questions are - What is development in terms of culture and environmental sustainability? How do these communities respond to modernity?

¿About the book.- Part I : Dwelling Tradition and Culture.- Chapter 1 : The Setting, Boundary and Origin.- Chapter 2 : House and Neighbourhood.- Chapter 3 : Organization of Settlement.- Part II :Community and Vernacular Settlement.- Chapter 4 : The Rituals of the Smoke.- Chapter 5 : Dwelling as Dharma.- Chapter 6 : Of Naga Community.- Chapter 7 : Ninik Mamak.- Chapter 8 : Home, Village, and the Life-World.- Chapter 9 : Building and Dwelling at the Confluence.- Epilogue.

Bagoes Wiryomartono is an independent scholar and architect. His areas of specialization are History, Theory, and Design of Urbanism. The central and leading subject for his life long investigation is the question of meanings in the context of the Built Environment. Phenomenology as the science of being, is the principal method of his investigation in dealing with the question mentioned above. His interest in philosophy was introduced by the works of Martin Heidegger who has always been the most influential thinker for Bagoes Wiryomartono, since his student years in Aachen between 1983 and 1990 when dealing with philosophical questions and inquiry. The author earned his Doktor-Ingenieur from Technische Hochschule Aachen Germany in 1990. His postdoctoral training as a scholar was conducted in the United States of America under East West fellowship at the East West Center Honolulu Hawaii in 1991 and Fulbright scholarship at Smithsonian Institution Washington DC in 1992. Since 1993, he returned home to Indonesia and was appointed as senior lecturer and researcher for history, theory and philosophy of the built environment at the Institut Teknologi Bandung Indonesia until 2002. Between 2003 -2005 Bagoes was a Visiting Research Associate at the Asian Institute at the University of Toronto Canada, conducting research on urban theory and the dwelling culture in modernity, based on his field research in various rural and urban communities in Southeast Asia. He was a Faculty member at the Department of Architecture, Universiti Teknologi Malaysia (2010- 2013). Besides his theoretical work, Bagoes was a practicing architect and urban planner/designer with extensive years of experience in Indonesia and Canada (2006-2013).
Kunden, die diesen Artikel gekauft haben, kauften auch
Schreiben Sie eine Rezension