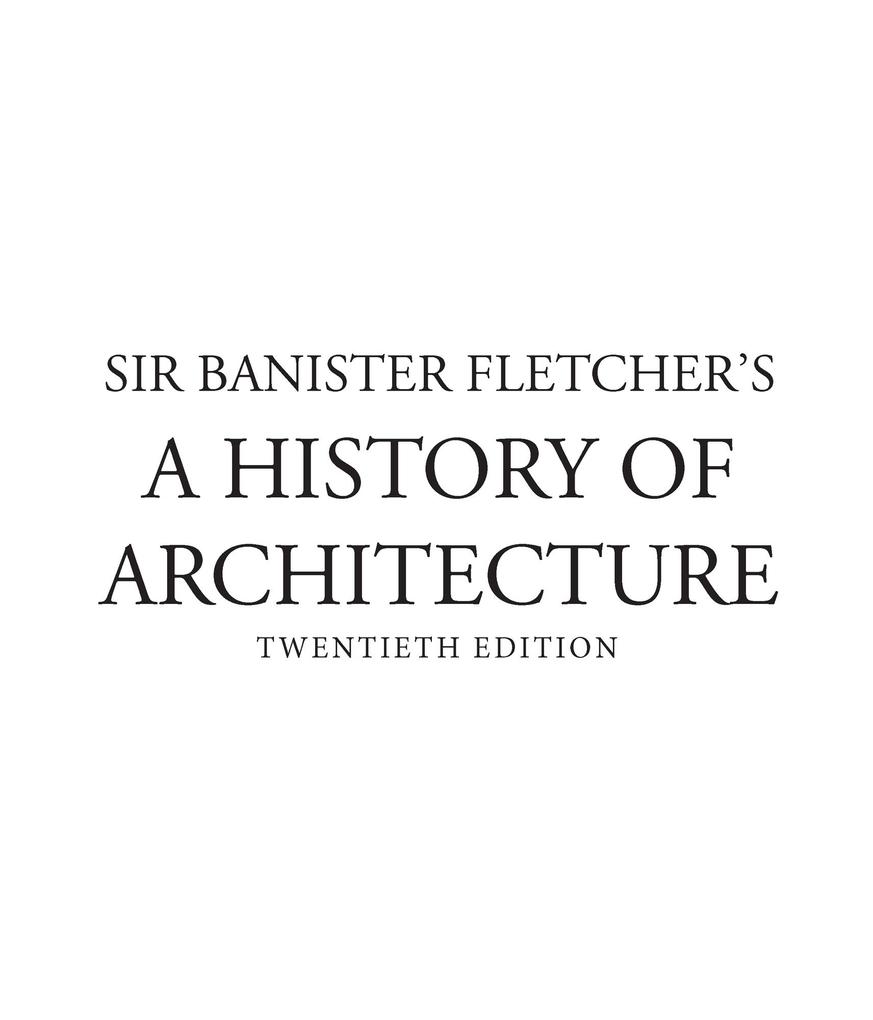 Banister Fletcher's A History of Architecture

Includes chapters on the twentieth-century architecture of the Middle East (including Israel), South-east Asia, Hong Kong, Japan, Korea, India, Russia and the Soviet Union, Eastern Europe and Latin America. This book places buildings in their social, cultural and historical settings to describe the main patterns of their architectural development.

'..the whole point of Banister Fletcher is that it does cram everything into a single volume. It will remain one of the most thumbed tomes in Building Design's office library..above all, gloriously and frustratingly, invaluable.' Building Design, October 1996 '..clearly a bargain.' The Architect's Journal, October 1996 '...a revolution has taken place in Banister Fletcher. The timid modernizing, the anxious realignments of the past fifty years are over; under Dan Cruickshank's editorship, it has achieved a thoroughness and flexibility one would never have thought possible within the grandiose shell of this late Victorian institution. Half the pleasure, as half the volume, of Banister Fletcher is its pictures. The thousands of photographs are, as always in Banister Fletcher, unimprovably fine.' The Times Educational Supplement, November 1996 is 'a monument in itself' Book Reviews on the Internet 1996 "A thundering classic appears again with useful additions. As Sir Banister Fletcher said, 'The study of architecture opens up the enjoyment of buildings with an appreciation of their purpose, meaning, and charm.' These words aptly summarise what this book has become for generations of students and architects. No serious fan of architecture should be without it." American Institute of Architects. 'It is such a remarkable book, containing so much detail and so skilfully illustrated, that it is a must for all architectural and surveying offices at such a reasonable price.' ASI Journal, Jan 1997 'An easy-to-use reference book with all the world's major architecture described, explained and, in many cases, fully illustrated.' B & M Architecture & Design 'Students would be well advised not to waste money on a pile of discounted colourful coffee-table books, but rather to concentrate resources on this single volume... It will continue its usefulness beyond the years of study and become an additional aid to everyday practice.' Times Higher Educations Supplement '...the bible of architectural history... Banister Fletcher remains a potted history with remarkably pithy writing.' Building '...succinct characterization of individual architects and a liveliness of both criticism and description' The Times Educational Supplement