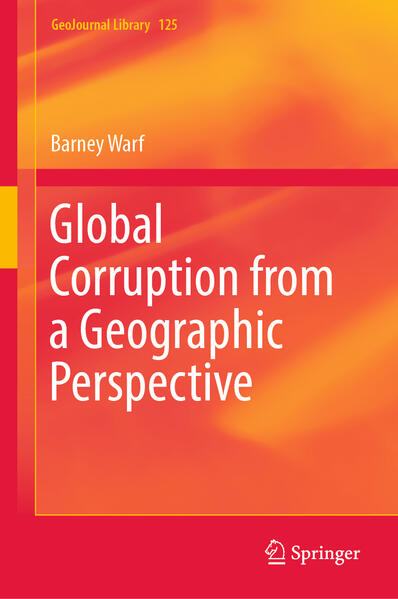 Global Corruption from a Geographic Perspective

This monograph explores the nature of corruption around the world from a geographic perspective. It focuses on historical context and cultural factors. Readers will learn that though corruption is pervasive, geography greatly shapes its character. This book will offer a better understanding of the level of corrupt activity in any given country.
The book analyzes an array of countries and regions. Coverage ranges from democratic societies, where corruption is low due to high rates of literacy and a free press, to the most corrupt places, where centralized power structures and lack of a free media allow corruption to unfold unimpeded. Anti-corruption campaigns and their effectiveness are also reflected upon. In addition to data from Transparency International, the text examines relevant political events. In each case, the analysis focuses on the major actors and institutions involved; the cultural norms that often regard corruption as a normal part of doing business; and the attempts by foreign and domestic actors to minimize corruption.

This book will help readers better understand the causes and consequences of corruption, as well as its type and severity varies widely across the planet. It will appeal to students, researchers, policy makers, and interested general readers.

Barney Warf is a professor of Geography at the University of Kansas. His research and teaching interests lie within the broad domain of human geography. He has also studied a range of topics, such as international producer services, the internet, fiber optics, the satellite industry, offshore banking, military spending, political geography, religious diversity, and corruption. He has authored, co-authored, or co-edited eight books, three encyclopedias, 60 book chapters and more than 110 refereed journal articles. Currently, he serves as editor of The Professional Geographer, co-editor of Growth and Change, and editor-in-chief for geography for Oxford Bibliographies On-Line.

Buch (gebunden)
Production and Use of Urban Knowledge

Buch (gebunden)
The Impact of Artists on Contemporary…