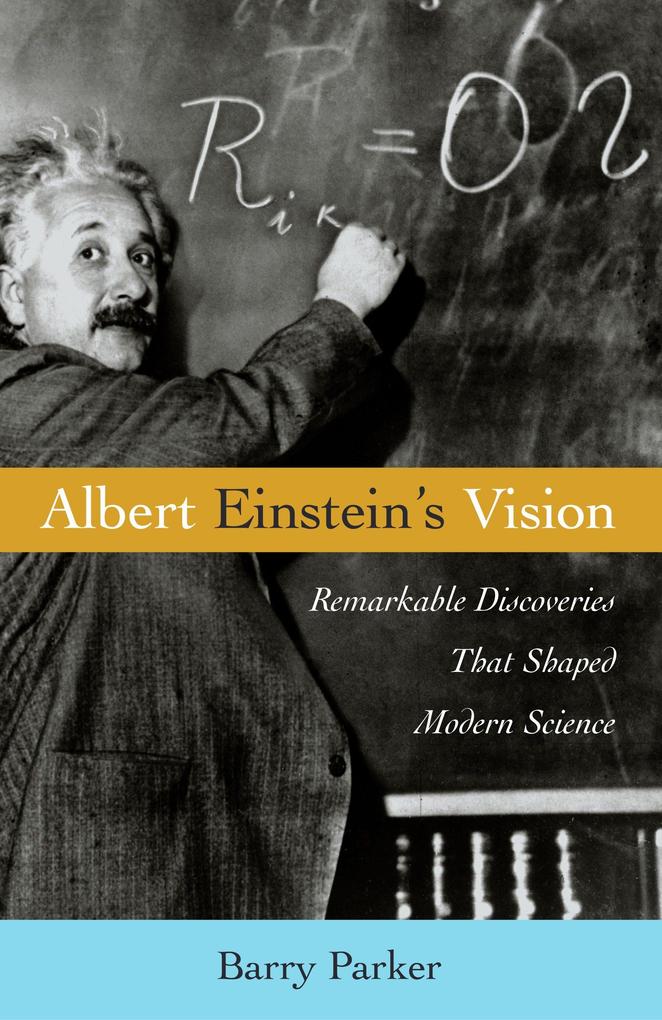 Acclaimed science writer Barry Parker completes his trilogy on Einstein with this new work showing the incredibly wide-ranging influence of Einstein's many discoveries. In the first volume, Einstein's Brainchild, Parker focused on relativity, the most famous and important of the great genius's ideas. In the second volume, Einstein's Passions, his human side and diverse interests beyond science were Parker's main topic.

Now the author turns once again to Einstein as creative scientist, concentrating on his prolific output of far-reaching contributions that complement and broaden his discovery of relativity. Moreover, Parker provides an indelible portrait of the man behind the theories. In clear and eloquent language, the author helps us appreciate the breadth and richness of Einstein's vision: from Einstein's theories supporting time travel, to his research on curved space, the cosmological constant, black holes, worm holes, gravity waves, cosmic lenses, to quantum theory, and beyond. Parker also discusses Einstein's reluctant connection with atomic weapons, his pacifist philosophy, his quest for the elusive unified field theory, and the relationship of his work to the recent "hot" area of superstrings.

Even readers already familiar with Einstein's work will discover a wealth of new material in this singular contribution to the Einstein corpus. Parker's gift for turning complex physics into lucid prose has produced the most complete and accessible volume to elucidate for everyone the magnificent contributions of this most brilliant of scientists.

Barry Parker (Pocatello, ID) is an award-winning science writer and the author of twenty-seven highly acclaimed popular science books, including The Physics of War: From Arrows to Atoms; Albert Einstein's Vision: Remarkable Discoveries That Shaped Modern Science; Einstein: The Passions of a Scientist; Einstein's Brainchild: Relativity Made Relatively Easy!;Quantum Legacy: The Discovery That Changed Our Universe and Science 101: Physics. He is professor emeritus of physics at Idaho State University.