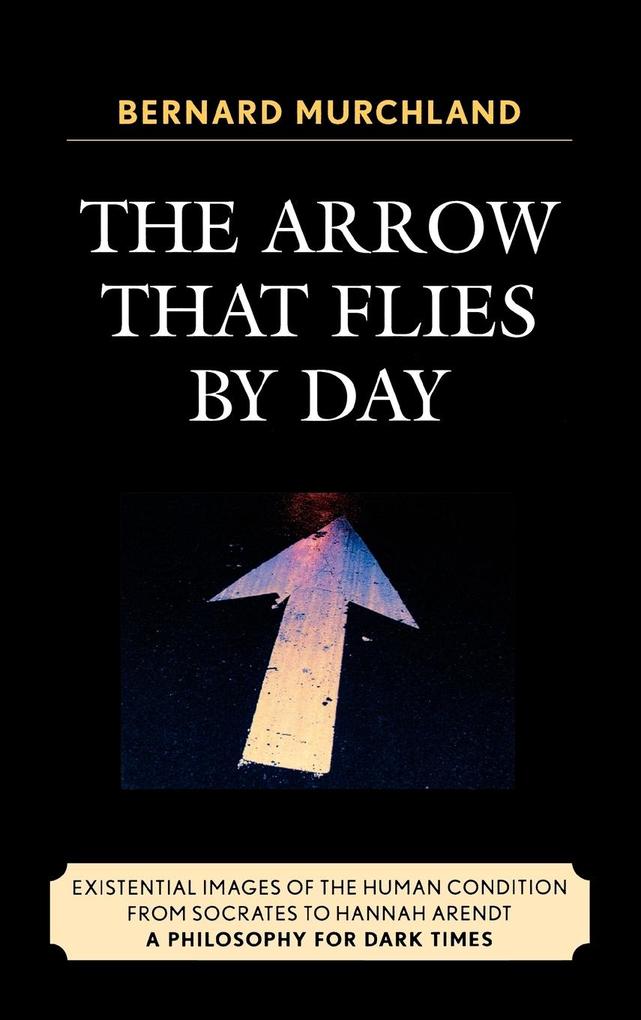 The Arrow That Flies by Day

von Bernard Murchland
Existential Images of the Human Condition from Socrates to Hannah Arendt: A Philosophy for Dark Times. HC…
Buch (gebunden)
This study contends that existentialism is the perennial philosophy thus going against the assumption that it is a school of more recent provenance. Anthologies or introductory texts used begin with Kierkegaard (the so-called father of existentialism … weiterlesen
Geschenk per Mail versenden
Buch (gebunden)

Titel: The Arrow That Flies by Day
Autor/en: Bernard Murchland

This study contends that existentialism is the perennial philosophy thus going against the assumption that it is a school of more recent provenance. Anthologies or introductory texts used begin with Kierkegaard (the so-called father of existentialism) and go on to emphasize Nietzsche, Sartre, and Heidegger. This book reflects a more catholic mapping, including three thinkers from the classical period (Socrates, Augustine, and the Stoics), who are argued to be just as 'existential' as more modern thinkers (who are also treated) and indeed influence the latter in important ways. Also included are three Americans (Thoreau, James, and Hannah Arendt) who are rarely considered existentialists. Furthermore, the book has a pedagogical emphasis, reflecting students' points-of-view: what they learn, how they react, questions they have, and how in general existentialism meets their education needs and expectations. It is, therefore, necessarily interdisciplinary in character, pointing out implications of existentialism for education, concerns like happiness, war and peace, democracy, sexuality, and terrorism.

Chapter 1 Introduction: Remembering the Sixties Chapter 2 Seeking the Good Life: Socrates' Erotic Revolution Chapter 3 At Home in the Universe: The Stoics as Existentialists Chapter 4 Senses of the Self: Augustine and the Ascent of the Soul Chapter 5 Overcoming Alienation: Rousseau's Search for Authenticity Chapter 6 Becoming Who We Are: Kierkegaard Against His Age (and Ours) Chapter 7 Single in the Crowd: Thoreau's Existential Experiment at Walden Pond Chapter 8 No Short Cut to Paradise: The Lonely Passion of William James Chapter 9 Beyond Nihilism: Nietzsche and the Ethics of Utopia Chapter 10 Between Solitude and Solidarity: The Two Worlds of Albert Camus Chapter 11 The Desire to Be God: Sartre and the Winding Roads of Freedom Chapter 12 Dramatist of a Broken World: The Soft Theism of Gabriel Marcel Chapter 13 Thinking without Banisters: Hannah Arendt and the Face of Radical Evil Chapter 14 Some After Words: A Message of Hope Part 15 Bibliography

Bernard Murchland is Professor of Philosophy at Ohio Wesleyan University and the Editor of The Civic Arts Review.

Bernard Murchland takes readers on a learned journey into a land of important questions and accessible answers. -- George Cotkin, author of Existential America ...Throughout he writes with a Graham Greene-like clarity of style. His book is informative, enjoyable to read and convincing. He makes the case that existentialism is indeed a perennial philosophy and one best suited to guide us through these dark times. -- Robert Flanagan, Poet and Novelist, author of Maggot and Naked to Naked Goes All in all a fine piece of work, very well written and structured. Murchland's chapters on Socrates and the Stoics demonstrate that existentialism has deep historical roots. -- William McBride, Department of Philosophy, Purdue University A rich foundation for understanding later existentialist movements...Mindful of the distinction between studies of subjectivity versus mere relativistic forms of subjectivism...Recommended. Two-star review. CHOICE, March 2009 Murchland presents his book in a style that is both beautifully written and personally engaging... His chapter on Albert Camus is excellent-well written, appropriately personal and right on target, especially his handling of the North African connection with Augustine and Plotinus. That adds a dimension to the study of Camus that is almost always missing. -- David Spritzen, author of Camus: A Critical Examination