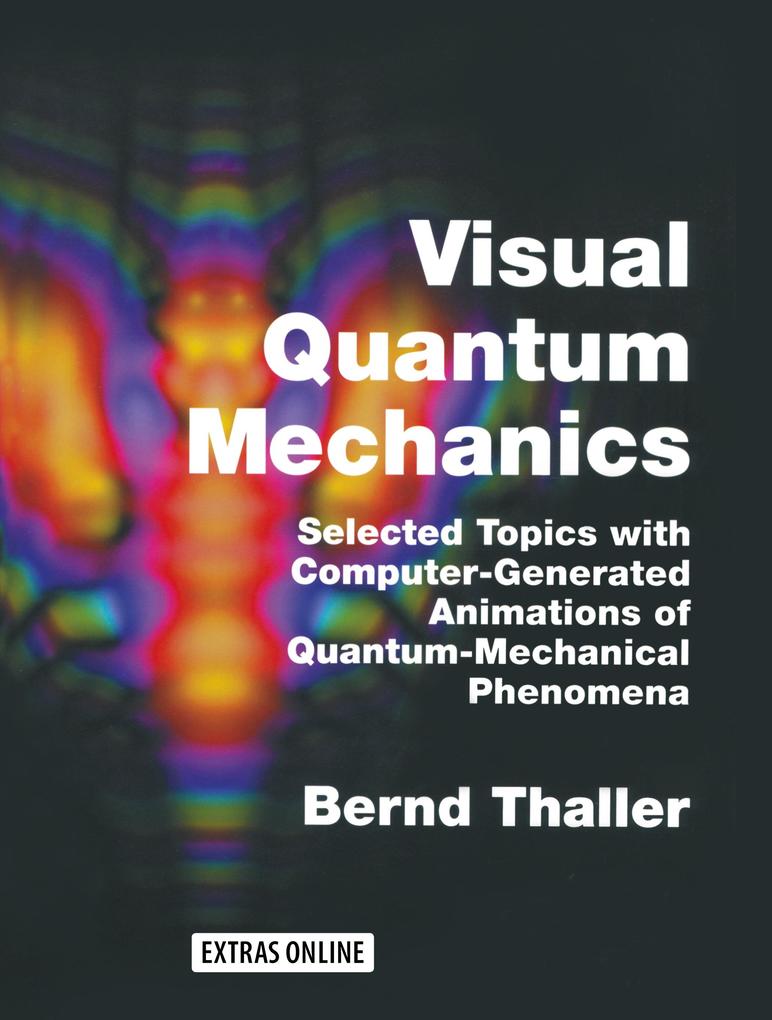 von Bernd Thaller
Selected Topics with Computer-Generated Animations of Quantum-Mechanical Phenomena. Extra Materials extras.…
Buch (gebunden)
"Visual Quantum Mechanics" uses the computer-generated animations found on the accompanying material on Springer Extras to introduce, motivate, and illustrate the concepts explained in the book. While there are other books on the market that use Math … weiterlesen
Dieser Artikel ist auch verfügbar als:
Geschenk per Mail versenden
Buch (gebunden)

From the reviews
"The new introductory textbook by Bernd Thaller, Visual Quantum Mechanics, has two distinctive features, a well-produced CD-ROM, and an emphasis on dynamics. These two features work together well and make for a remarkable publication, which mathematically oriented readers will appreciate for the care it takes with rigorous aspects of physics. (...)
It is the CD-ROM which makes the book. (...) Thaller has provided 137 modules illustrating different topics (...) I would venture to say that not only the beginning student, but even the seasoned scientist may benefit, by getting a clue to a new phenomenon or theorem. (...)
In sum, Visual Quantum Mechanics can be profitably used as a major supplement in an undergraduate course on quantum mechanics, and it will certainly enliven the curriculum. It could be a superb stand-alone text in a short physics course or a seminar for mathematically oriented students."
Evans M. Harrell II in: SIAM Review