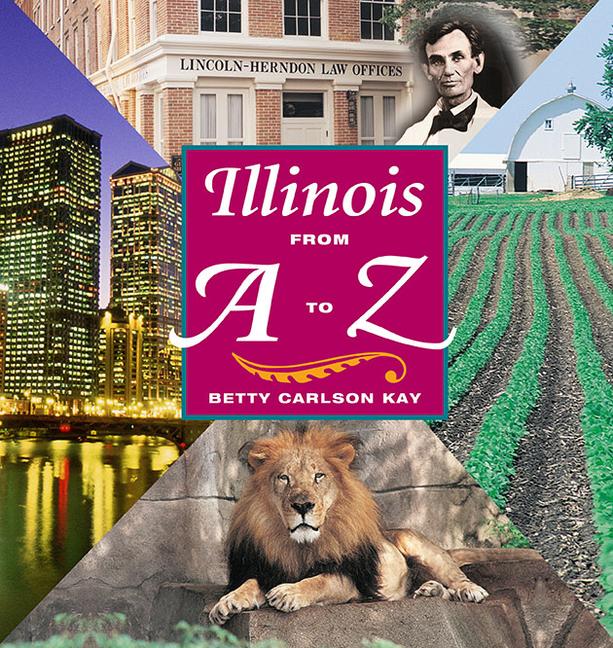 Illinois from A to Z

von Betty Kay
Sprache: Englisch.
Buch (gebunden)
Learning about Illinois history is as easy as ABC with this lively, attractive, alphabetical tour of the state.Pairing brief, informative statements with photographs and drawings of their subjects, Illinois from A to Z includes profiles of important … weiterlesen
Geschenk per Mail versenden
Buch (gebunden)

Titel: Illinois from A to Z
Autor/en: Betty Kay

Learning about Illinois history is as easy as ABC with this lively, attractive, alphabetical tour of the state.Pairing brief, informative statements with photographs and drawings of their subjects, Illinois from A to Z includes profiles of important Illinois residents, from inventor John Deere to scientist Enrico Fermi and from poet Gwendolyn Brooks to entrepreneur Ray Kroc. Betty Carlson Kay highlights historical events, such as the 1893 World's Columbian Exposition and the tragic Haymarket Riot of 1886. She introduces the Illiniwek tribe, for whom the state was named, and the canals and waterways that connect the Chicago and Mississippi Rivers with Lake Michigan. She also describes key social projects, such as Jane Addams's Hull-House and the orphan trains that carried tens of thousands of poor, homeless children from the East Coast to new homes in the Midwest.Readers will learn that Illinois was the first state east of the Mississippi to grant women the right to vote for the president and local officials (although they had to use separate ballots and ballot boxes); that each car of the original Ferris wheel could hold sixty people; and that the epithet "The Windy City" originally referred not to the weather but to the boasting of Chicagoans about the 1893 world's fair.Clearly written and generously illustrated, Illinois from A to Z is a charming introduction to the movers and shakers who have shaped Illinois as well as to the state's history and geography.

"Aimed at ages 9-12, the book takes an alphabetic approach to all things Illinoian, from Jane Addams, bituminous coal and Chicago to the Chicago Mercantile Exchange, the yield from Illinois farms and some of the various state zoos. 'L,' of course, stands for Abraham Lincoln." -- State Journal-Register ADVANCE PRAISE "This introduction to Illinois history will take you all the way from A (for Jane Addams) to Z (Chicago's Lincoln Park has the oldest zoo in the United States). Kay's clean, factual style gets straight to the point, just the way young readers and listeners like it. The book design is attractive, and the historical photographs alone are worth the price of admission." -- Betsy Hearne, author of Choosing Books for Children "Illinois from A to Z is a delight to the senses. Once again, Betty Kay demonstrates her skills as a writer and educator. This is simply the best introduction to Illinois history for elementary and middle school students." -- Thomas F. Schwartz, Illinois State Historian

Schreiben Sie eine Bewertung für: Illinois from A to Z