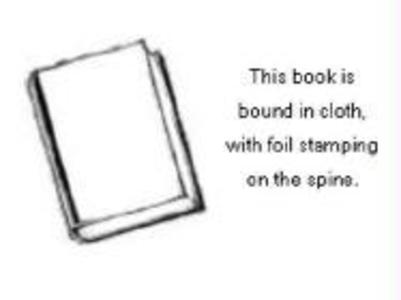 von Brian C. Anderson
The Recovery of the Political. Sprache: Englisch.
Buch (gebunden)
This concise and penetrating analysis introduces students to the life and thought of one of the giants of twentieth-century French intellectual life. Portraying Raymond Aron as a great defender of reason, moderation, and political sobriety in an era … weiterlesen
Dieser Artikel ist auch verfügbar als:
Geschenk per Mail versenden
Jetzt nur

The Recovery of the Political.
Sprache: Englisch.

This concise and penetrating analysis introduces students to the life and thought of one of the giants of twentieth-century French intellectual life. Portraying Raymond Aron as a great defender of reason, moderation, and political sobriety in an era dominated by ideological fervor and philosophical fashion, Brian Anderson demonstrates the centrality of political reason to Aron's philosophy of history, his critique of ideological thinking, his meditations on the perennial problems of peace and war, and the nature of conservative liberalism.

Anderson makes a good case for Aron's subtlety and intelligence... and deserves high praise for explicating and elucidating [Aron's] message with impressive analysis and textual fidelity. -- Sanford Lakoff The Review Of Politics, Fall 1998 Writing with great clarity of style from a stance of interpretive charity, Anderson helps us to sort out Aron's enormous oeuvre. There is much more to recommend in this densely packed, lucid volume. Anderson's effort to bring the attention of our political theorists back to Aron is worthy of our thanks. -- Jean Bethke Elshtain First Things, Nov. 98 A compelling examination of Aron's contributions to political theory and practice. Microsoft Network's Reading Forum, August 1998 Brian Anderson's insightful book on Raymond Aron deserves a wide audience. According to Anderson, modern liberal theory lacks an understanding of politics, but a corrective is to be found in Aron's 'conservative liberalism.' An exceptional analysis, and much needed. -- Adam Wolfson, Executive Editor, The Public Interest One of the great contributions of Brian Anderson's book is to highlight the role of political reason-related to Aristotle's practical wisdom-in the work of Aron. A splendid book, of elegance and distinction. -- Michael Novak, George Frederick Jewett Chair at the American Enterprise Institute Brian Anderson's elegant book wonderfully captures Aron's recovery of the political as an independent realm of thought and action. One of its great strengths is the way it places Aron's work in fruitful dialogue with other important twentieth-century political thinkers such as Isaiah Berlin, F. A. Hayek, John Rawls, and Leo Strauss. Anderson shows that if political theorists wish to take politics seriously, they must fully confront the work of Aron. -- Daniel J. Mahoney, author of The Liberal Political Science of Raymond Aron In his excellent analysis of Aron's many writings, Anderson (American Enterprise Institute) succeeds in showing their deep, ever reflective political character and in explaining how they qualify as conservatively liberal. The book should be required reading for all interested in modern political and social thought. -- C.E. Butterworth, University of Maryland College Park Choic CHOICE, October 98 As an account of the political thought of Raymond Aron, this study has much to recommend it ... [Anderson's] aims are acheived with elegance and insight. -- Jeremy Jennings, University of Birmingham Political Studies Review, Sept. '99; Vol. 47 No. 4 Brian C. Anderson attempts to rescue Aron fron relative obscurity by suggesting that what he has to say about modern politics is grounded in a sophisticated understanding of prctical reason. One of the prominent themes of the book is that modern liberal theories have become divorced from the practical concerns and realities of politics through abstract theorizing, which fails to engage with practical politics and lived concerns. Anderson has covered all of these aspects of Aron's work with admirable clarity and has convincingly established the case for understanding Aron's overall intelligibility in terms of political reason. A particular strength of the book is the treatment of Aron's critique of ideology in which the conecpt of a secular religion provides the driving force. The book is to be commended both for the author's lucidity and the strength of the case he makes for taking Aron much more seriously as a social and political analyst. -- David Boucher, School of European Studies, Cardiff University Journal Of The History Of The Behavioral Sciences, Vol.36(1) [an] engaging and well-structured book ... -- Cecile Laborde, King's College, London History of Political Thought