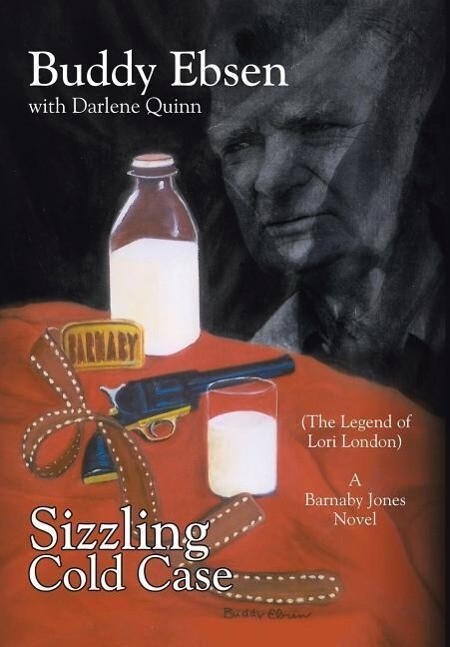 Beautiful starlet Lori London died suddenly some eighteen years ago. Though her death was ruled a suicide, neither Barnaby nor Hollywood believed that was the end of the story, and Barnaby would not let the cold case stay closed.

When another rising star (a dead ringer for Lori) is cast in the movie version of London's demise with a new, "surprise" ending, on-set accidents, death threats, and burned film canisters make it clear someone doesn't want the truth to be told. In his search for clues, Barnaby discovers a connection between the murderer of Lori London and the man who murdered his own son in cold blood, and must confront his son's killer once more. The story comes to a thrilling conclusion at the Hollywood premiere of The True Story behind the Legend of Lori London.

Buddy Ebsen's best known characterization is that of "Jed Clampett" patriarch of that celebrated piece of Americana The Beverly Hillbillies. His second best known is the television sleuth "Barnaby Jones."

Prior to that he was "Georgie Russell," Davy's pal in the Walt Disney classic Davy Crockett.

Surprisingly, Buddy had never intended to be an actor. His goal in life was to be a doctor. However, after completing two years of pre-med studies at the University of Florida and Rollins College, the Florida land boom collapsed, affecting the fortunes of the Ebsen family.

Since Ebsen senior was a dancing teacher, he had taught all his children his trade. Buddy shuffled off to New York to try show business, arriving there August 4, 1928. His Broadway credits include: Whoopee 1928, Flying Colors 1933, Ziegfeld Follies 1934, Yokel Boy 1939, Showboat 1945 and Male Animal 1953.

His film credits include: Broadway Melody of 1935 with his dancing partner, sister Vilma, Broadway Melody of 1938 with Judy Garland, Born to Dance, the Shirley Temple picture Captain January, Banjo On My Knee, Girl of the Golden West 1938, Parachute Battalion, Night People with Gregory Peck 1954, Between Heaven & Hell 1956 with Robert Wagner, Attack, Breakfast at Tiffany's with Audrey Hepburn 1961, Mail Order Bride 1964, The One & Only Family Band 1968, The President's Plane is Missing, Fire on the Mountain 1981, Stone Fox 1986, to name a few.

His creation of Cabaret Dada, a musical was inspired by the Dada artistic revolt as a protest against World War I. A song from that show was selected for world-wide broadcasting in seven languages by the Voice of America. In 1968, he won the Honolulu race in his 35 foot catamaran, "Polynesian Concept."

Buddy had painting lessons as a child but this introduction to art did not flower until his later years. From casual pen and ink sketches of old Duke and Uncle Jed he was encouraged by his wife, Dorothy, herself a painter, to try oil.

This led to a brisk sale of originals and three limited edition serigraphs of 300 each, Hong Kong, Sea Power, and Sedona presently 90% sold out. The Uncle Jed Country limited edition series of ten paintings represent a return to, and the development of his original inspiration Jed Clampett and Old Duke.