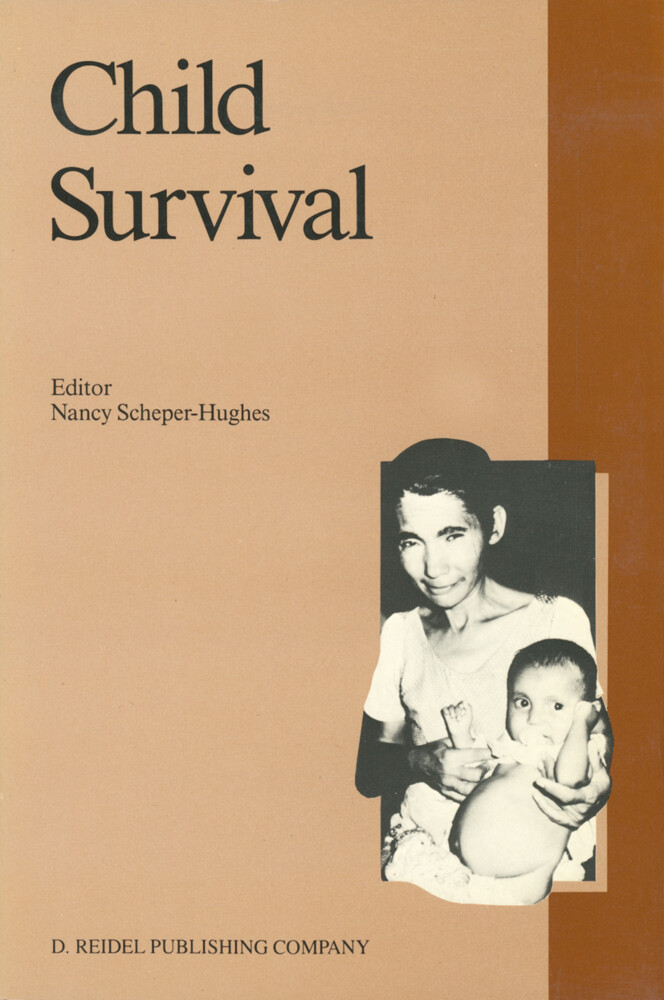 Anthropological Perspectives on the Treatment and Maltreatment of Children. Auflage 1987. HC runder Rücken…
Buch (gebunden)
of older children, adults, and the family unit as a whole. These moral evaluations are, in turn, influenced by such external contingencies as popula tion demography, social and economic factors, subsistence strategies, house hold composition, and by … weiterlesen
Geschenk per Mail versenden
Buch (gebunden)

of older children, adults, and the family unit as a whole. These moral evaluations are, in turn, influenced by such external contingencies as popula tion demography, social and economic factors, subsistence strategies, house hold composition, and by cultural ideas concerning the nature of infancy and childhood, definitions of personhood, and beliefs about the soul and its immortality. MOTHER LOVE AND CHILD DEATH Of all the many factors that endanger the lives of young children, by far the most difficult to examine with any degree of dispassionate objectivity is the quality of parenting. Historians and social scientists, no less than the public at large, are influenced by old cultural myths about childhood inno cence and mother love as well as their opposites. The terrible power and significance attributed to maternal behavior (in particular) is a commonsense perception based on the observation that the human infant (specialized as it is for prematurity and prolonged dependency) simply cannot survive for very long without considerable maternal love and care. The infant's life depends, to a very great extent, on the good will of others, but most especially, of course, that of the mother. Consequently, it has been the fate of mothers throughout history to appear in strange and distorted forms. They may appear as larger than life or as invisible; as all-powerful and destructive; or as helpless and angelic. Myths of the maternal instinct compete, historically, witli -myths of a universal infanticidal impulse.

Introduction: The Cultural Politics of Child Survival.- I: Population, Fertility, and Child Survival.- Birth Planning in Rural China: A Cultural Account.- Fertility Change, Child Survival, and Child Development: Observations on a Rural Kenyan Community.- Food Taboos and Child Survival: A Case Study from the Coral Sea.- II: Infanticide: Culturally Sanctioned Child Abuse.- Female Infanticide and Child Neglect in Rural North India.- Infanticide Among the Tarahumara of the Mexican Sierra Madre.- III: Social Trauma: The Effects of Poverty, Social Disruption, and Catastrophe on Child Treatment.- Fitness and Survival.- External Pressure/Internal Change: Child Neglect on the Navajo Reservation.- Cry Babies, Culture, and Catastrophe: Infant Temperament Among the Masai.- Culture, Scarcity, and Maternal Thinking: Mother Love and Child Death in Northeast Brazil.- IV: Child Abuse: Deviant And Idiosyncratic Child Maltreatment.- Severe Child Abuse Among the Canadian Inuit.- The Treatment of Children in the "Dirty War": Ideology, State Terrorism, and the Abuse of Children in Argentina.- Child Sexual Abuse: Implications from the Cross-Cultural Record.- Preliminary Remarks on a Study of Incest in England.- V: Child Saving: Problems And Dilemmas In Social Intervention.- World-View Conflict and Toddler Malnutrition: Change Agent Dilemmas.- Traditional Medicine as 'Medical Neglect': Dilemmas in the Case Management of a Samoan Teenager with Diabetes.- Child Abuse and the Unconscious in American Popular Culture.- Bureaucracy and the Maltreatment of the Child: Interpretive and Structural Implications.- When Cultural Rights Conflict with the "Best Interests of the Child": A View from Inside the Child Welfare System.- List of Contributors.- Index of Subjects.

`Broadly ranging and often provocative, this volume is a notable attempt to draw together explanations for childhood death. It will stimulate thinking on the levels of child wastage tolerated and accommodated by whole societies and at the same time offerperspectives on the complex casuality of criminal deaths to individual children. The collection provides a new measure of pluralistic and interdisciplinary consideration that should influence future research on child survival issues.'
Odile Frank, Associate Center for Policy Studies, The Population Council
`A powerful and tragic expose of child abuse as an epidemic of the modern world. How aggressive policies against maltreatment mask collective social responsibility.'
Carol B. Stack, Duke University
`This is a well-edited book that offers some compelling, intellectually provocative insights for clinicians and social scientists alike ... Although it clearly qualifies as a textbook and a reference book, it contains several chapters that will strongly interest the clinician.'
The New England Journal of Medicine (1988)