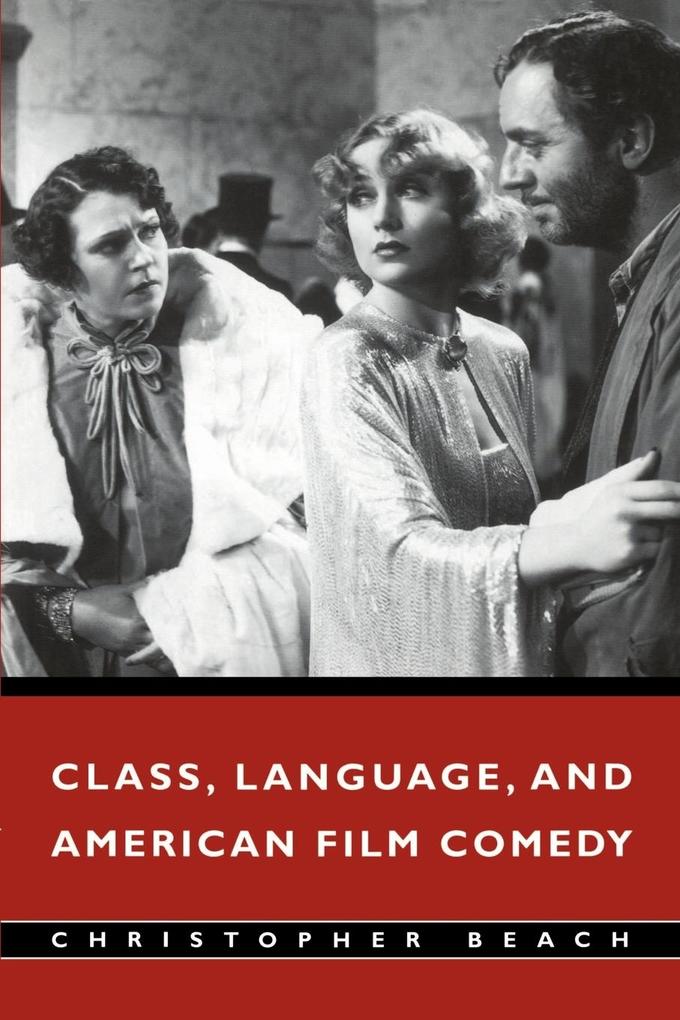 This book examines the evolution of American film comedy through the lens of language and the portrayal of social class. Christopher Beach argues that class has been an important element in the development of sound comedy as a cinematic form. With the advent of sound in the late 1920s and early 1930s, filmmakers recognized that sound and narrative enlarged the semiotic and ideological potential of film. Analyzing the use of language in the films of the Marx Brothers, Frank Capra, Woody Allen and the Coen brothers, among others, Class, Language, and American Film Comedy traces the history of Hollywood from the 1930s to the present, while offering a new approach to the study of class and social relationships through linguistic analysis.

Introduction; 1. A troubled paradise: Utopia and transgression in comedies of the early 1930s; 2. Working ladies and forgotten men: class divisions in Romantic comedy, 1934-37; 3. 'The split-pea soup and the Succotash': Frank Capra's 1930s comedies and the subject of class; 4. Is class necessary?: Preston Sturges and Howard Hawks in the early 1940s; 5. Desperately seeking status: class, gender, and social anxiety in postwar Hollywood comedy; 6. Is there a class in this text?: Woody Allen and postmodern comedy; 7. Yuppies and other strangers: class satire and cultural clash in contemporary film comedy.