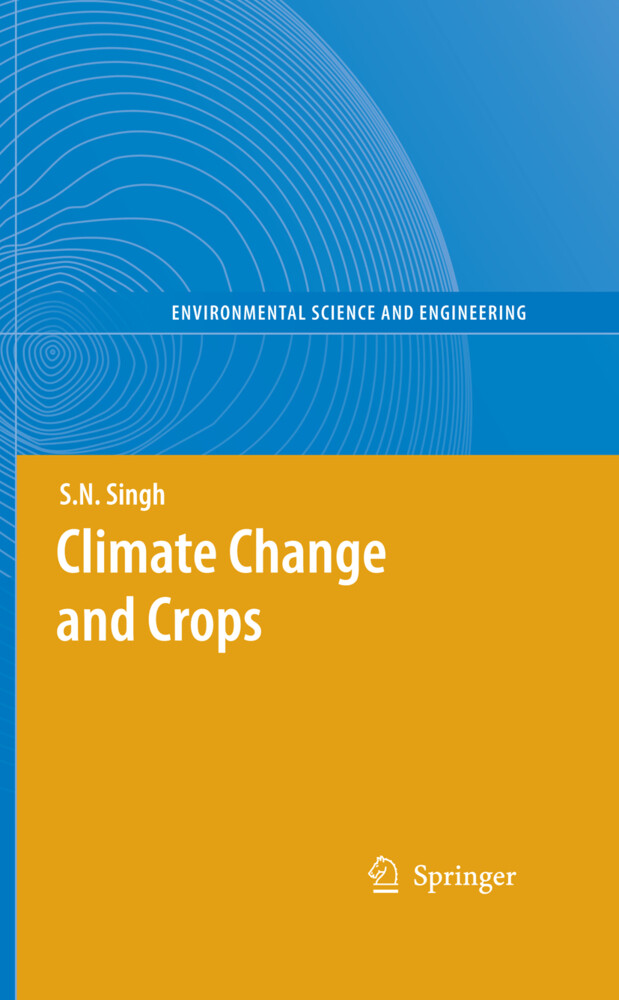 Climate change is directly linked to the human activities, according to the Fourth Assessment Report of IPCC (2007). In last two decades of 20th Century, accelerated anthropogenic activities pushed up the atmospheric abundance of greenhouse gases, mainly CO2, CH4, and N2O, alarmingly which enhanced the radiative forcing of the Earth's surface and thus perturbed its heat radiation balance. As a consequence, atmospheric characteristics, such as temperature, rainfall pattern, levels of CO2 and O3 have changed significantly, affecting the farm productivity. Although rising level of CO2 may have fertilizing effect on C3 crops, but concomitant rise in atmospheric temperature, O3 level and extreme weather conditions can not only nullify the fertilizing effect of CO2, but also drastically reduce the crop production, threatening food security to burgeoning world population. Agricultural crops are not only victim of climate variability and extreme whether conditions, but also serve as a potential source of CH4 and N2O.

Therefore, in changed scenario, Kyoto Protocol (1997) has sought all signatory developed nations to cut down their emission levels as per their differential commitments to UNFCCC and developing nations to invest in less carbon emission projects to avert the process of global warming process.

In this context, the present edition, which compiles latest findings of studies carried out by the scientists on climate change and crops around the world, serves as a ready reckoner to crop scientists, atmospheric scientists, ecologists, environmentalists, research scholars and post- graduate students to update their knowledge and understanding on this issue.