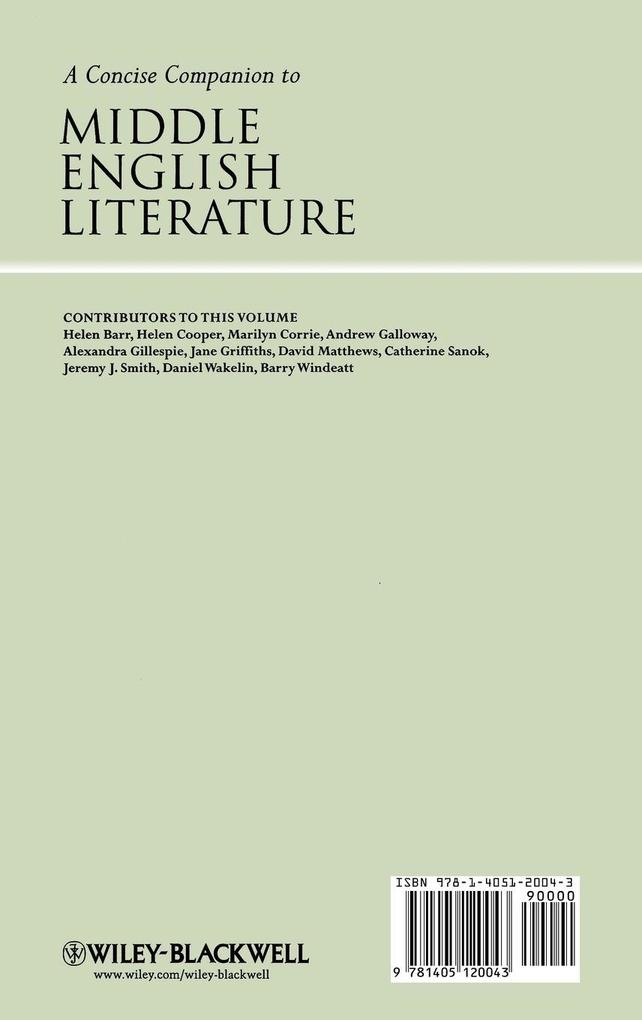 Marilyn Corrie is a lecturer in English at University College London. She specializes in Middle English literature, and has published essays on writing and manuscripts of the early Middle English period, Sir Thomas Malory's Morte Darthur, and the history of the English language in the medieval period. She is the author of a forthcoming book about Malory's Morte Darthur and religion in the late Middle Ages.

"This new concise companion engages with the difficulties of periodization but nonetheless asserts that there is a scholarly volue to considering Middle English Literature as a discrete body of texts, written between c.1100 and c.1500. And indeed, this wonderfully erudite and readable volume proves this point." ( Notes and Queries , 1 June 2011)
"All of the essays examine canonical writers and texts but also discuss writers and works that are infrequently taught in traditional undergraduate (or even graduate) survey courses, and this is an encouraging move." ( CHOICE , 2009)