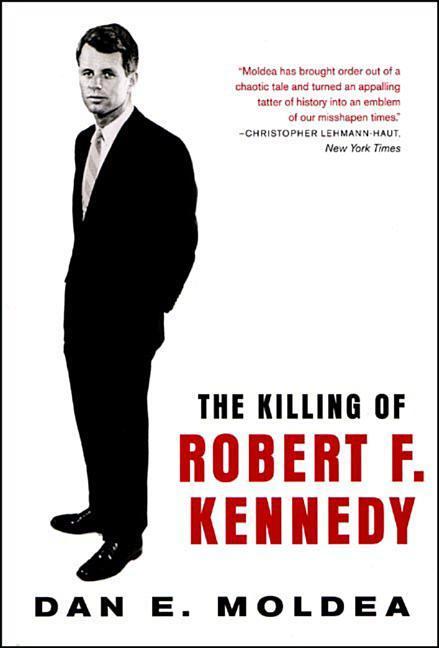 The Killing of Robert F. Kennedy: An Investigation of Motive, Means, and Opportunity

On June 5, 1968, Robert F. Kennedy was shot in the pantry of the Ambassador Hotel in Los Angeles; his death the following day stunned a nation still recovering from John F. Kennedys assassination five years earlier. Officials insisted, however, that this was not "another Dallas": this was an open-and-shut case--Sirhan Sirhan acted alone. Yet behind the official version of the RFK assassination lies a story of shadows, controversies, conflicting testimony, and missing evidence. Investigative journalist Dan E. Moldea set out to discover the truth; what he found suggested a botched investigation, and perhaps something worse. Was there strong evidence, as certain police officers and the FBI alleged, that too many bullets were fired to have come from Sirhans gun? Could the LAPD have suppressed vital evidence in their rush to judgment? Could Sirhan have had an accomplice? In a fascinating book full of plot twists and intrigue, Moldea turns the case inside out, tracking down witnesses and police officers (many of whom had never before been interviewed), scrutinizing testimony and official files, questioning Sirhan in jail, and polygraphing security guard Thane Eugene Cesar, accused by many of being the real gunman. New evidence mounts and theories fly until Moldea reveals what he believes happened that fateful night. Exhaustively researched, brilliantly analyzed, this book definitively slams the door shut on the mystery of the Robert Kennedy assassination.

Dan E. Moldea has specialized in organized-crime investigations since 1974. He has written numerous books and lives in Washington, D.C.