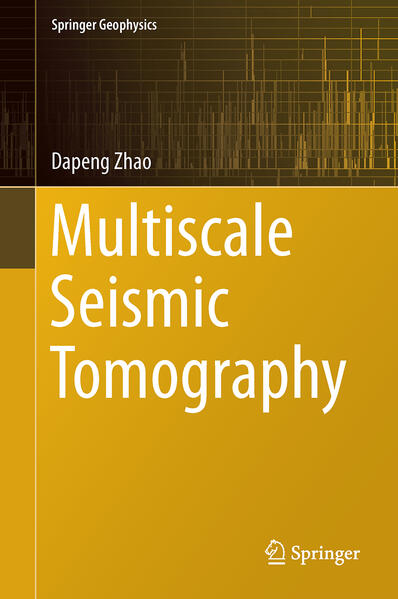 This book on multiscale seismic tomography, written by one of the leaders in the field, is suitable for undergraduate and graduate students, researchers, and professionals in Earth and planetary sciences who need to broaden their horizons about seismotectonics, volcanism, and interior structure and dynamics of the Earth and Moon. It describes the state-of-the-art in seismic tomography, with emphasis on the new findings obtained by applying tomographic methods in local, regional, and global scales for understanding the generating mechanism of large and great earthquakes such as the 2011 Tohoku-oki earthquake (Mw 9.0), crustal and upper mantle structure, origin of active arc volcanoes and intraplate volcanoes including hotspots, heterogeneous structure of subduction zones, fate of subducting slabs, origin of mantle plumes, mantle convection, and deep Earth dynamics. The first lunar tomography and its implications for the mechanism of deep moonquakes and lunar evolution are also introduced.

Dapeng Zhao is a professor at the Department of Geophysics, Tohoku University, Sendai, Japan. He received his B.Sc. (1984) from Peking University, and his M.Sc. (1988) and Ph.D. (1991) from Tohoku University. He was a post-doctoral fellow at the California Institute of Technology during 1992 1995, and associate professor during 1998 2002 and professor during 2003 2007 at Ehime University. In April 2007, he moved to Tohoku University as a professor. His research interests include earthquake seismology, seismic tomography, Earth structure and dynamics from local to global scales, subduction zones, hotspots, mantle plumes, moonquakes, and lunar interior structure. He has published more than 200 research papers in refereed international journals with his coworkers, which have been cited over 8,000 times (H-index = 49). According to his SCI publications during 2000 to 2010, Prof. D. Zhao was selected to be one of the world Top-10 earthquake researchers by Thomson-Reuters. He has been awarded the 2014 Island Arc Award by the Geological Society of Japan. To date, Prof. D. Zhao has advised more than 40 graduate students and postdoctoral researchers. Now he is an editor of the Journal of Asian Earth Sciences.

"This book comes from one of the leading experts of the field, and unfolds his research experiences in earthquake-based, seismic tomography for the study of Earth's (and Moon's) interior in local, regional and global scales. ... All tomographic images are in color, which is very helpful for the reader. ... this book is well written, enjoyable to read, and it is an excellent addition to the bookshelf of every student or scientist interested in Earth's and Lunar interior." (Petros Bogiatzis, Pure and Applied Geophysics, Vol. 174, 2017)