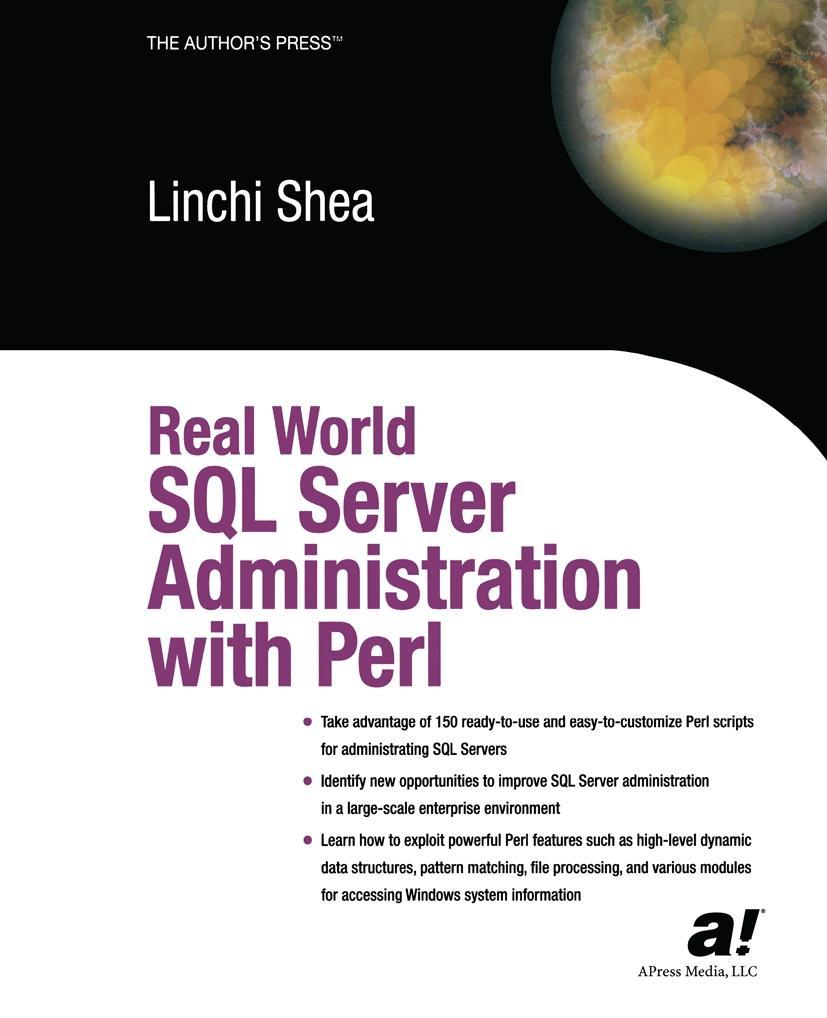 Linchi Shea graduated with a bachelor's degree in electrical engineering and computer science and a master's degree in information systems from the University of British Columbia, Vancouver, Canada. Currently serving as a vice president of Merrill Lynch & Co., Shea is the SQL Server technical team lead and is active in many SQL Server communities via the SQL Server Worldwide User's Group (http://SSWUG.org). When not automating and solving DBA problems with Perl, Shea is an avid tennis player and a regular reader of newspaper bridge columns. Linchi Shea is a Microsoft MVP.

"This is aimed at the DBA who is already running an efficient SQL server, but who wants to be forearmed against any future problems. ... The aim of the book is to provide a toolkit of around 150 Perl scripts that can then be adapted and applied to a wide variety of SQL server problems ... . There are also appendices that list useful resources ... . The book as a whole could be quite useful ... ." (Linux Magazine, March, 2004)

"The book demonstrates the capabilities of Perl by presenting individual scenarios, each designed to highlight a particular useful feature and how it might be applied to common SQL Server administration tasks. ... Overall, this is a well-rounded book providing a good balance of SQL Server administration task specific information, backed up with some useful Perl-specific text." (Adrian Hibbert, Computer Bulletin, March, 2004)