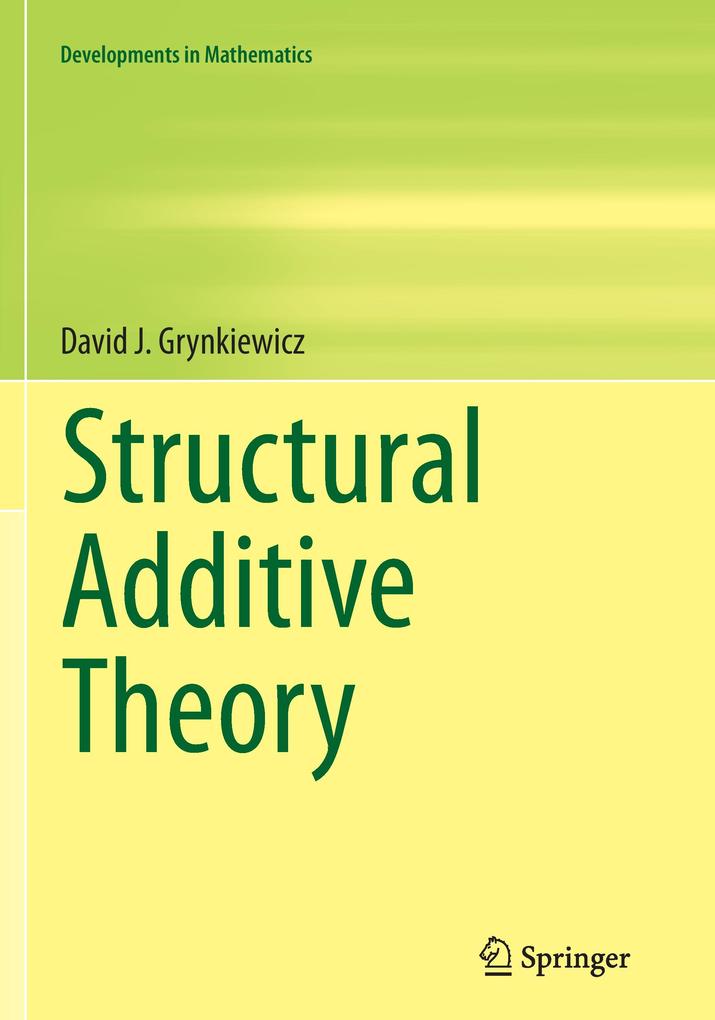 ¿Nestled between number theory, combinatorics, algebra and analysis lies a rapidly developing subject in mathematics variously known as additive combinatorics, additive number theory, additive group theory, and combinatorial number theory. Its main objects of study are not abelian groups themselves, but rather the additive structure of subsets and subsequences of an abelian group, i.e., sumsets and subsequence sums. This text is a hybrid of a research monograph and an introductory graduate textbook. With few exceptions, all results presented are self-contained, written in great detail, and only reliant upon material covered in an advanced undergraduate curriculum supplemented with some additional Algebra, rendering this book usable as an entry-level text. However, it will perhaps be of even more interest to researchers already in the field. The majority of material is not found in book form and includes many new results as well. Even classical results, when included, are given in greater generality or using new proof variations. The text has a particular focus on results of a more exact and precise nature, results with strong hypotheses and yet stronger conclusions, and on fundamental aspects of the theory. Also included are intricate results often neglected in other texts owing to their complexity. Highlights include an extensive treatment of Freiman Homomorphisms and the Universal Ambient Group of sumsets A+B, an entire chapter devoted to Hamidoune's Isoperimetric Method, a novel generalization allowing infinite summands in finite sumset questions, weighted zero-sum problems treated in the general context of viewing homomorphisms as weights, and simplified proofs of the Kemperman Structure Theorem and the Partition Theorem for setpartitions.

From the book reviews:

"This volume is a very welcome addition to the rather small body of books published in the area of additive combinatorics so far. ... Presenting a systematic treatment of a surprisingly wide range of topics from additive combinatorics, this book is perfectly suited as a textbook for a course in additive combinatorics ... . In many cases, the material included has not appeared in book form before and can only be found in research papers." (Vsevolod F. Lev, Mathematical Reviews, April, 2014)

"The book contains several recently developed theories that the author puts into Additive Theory ... . The author has added some scrumptious exercises at the end of every chapter, and supplementary notes for interested readers. ... can be used as a text at the graduate level, mainly to introduce essential topics of the 'Additive Theory', and to show to students and anybody interested to do to the research in this field, what is going on and what they can do." (Mehdi Hassani, MAA Reviews, February, 2014)