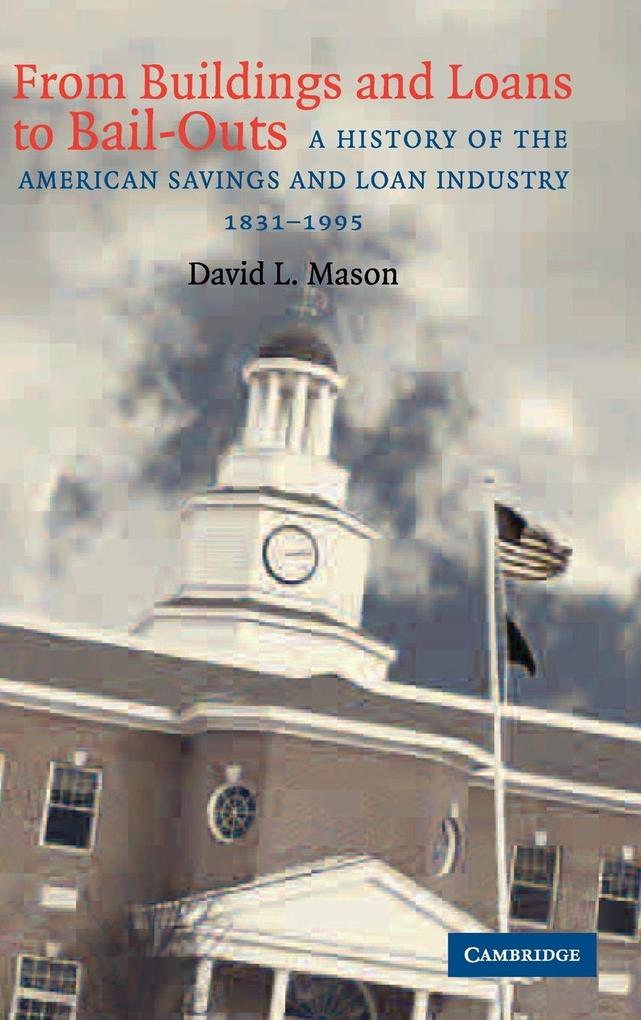 From Buildings and Loans to Bail-Outs

For most Americans, the savings and loan industry is defined by the fraud, ineptitude, and failures of the 1980s. These events, however, overshadow a long history in which thrifts played a key role in helping thousands of households buy homes. First appearing in the 1830s, savings and loans, then known as building and loans, encouraged their working-class members to adhere to the principles of thrift and mutual cooperation as a way to achieve the 'American Dream' of home ownership. This book traces the development of this industry, from its origins as a movement of loosely affiliated collection of institutions, into a major element of America's financial markets. It also analyses how diverse groups of Americans, including women, ethnic-Americans, and African-Americans, used thrifts to improve their lives and elevate their positions in society. The book ends with an analysis of the efforts to rehabilitate the industry in the 1990s.

David L. Mason is Assistant Professor of History at Young Harris College. Prior to earning his PhD in Business History from Ohio State University, he served as a corporate banker for nearly a decade, holding positions at the Bank of America and the Resolution Trust Corporation. He is also the author of articles for Essays in Economic and Business History and Proceedings of the Ohio Academy of History.

"Anyone studying the savings and loan industry in the United States will have to consult this book. Its lengthy footnotes, as well as its text, serve as a valuable guide for researchers." - American Historical Review, Marc Egnal, York University