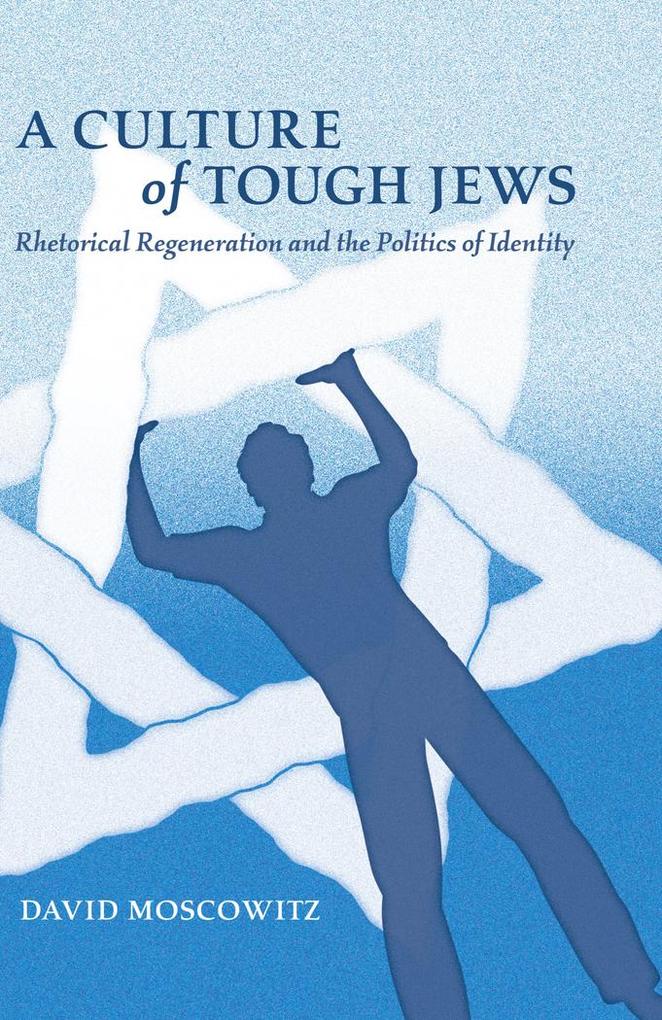 A Culture of Tough Jews

Rhetorical Regeneration and the Politics of Identity.
illustrations.
Sprache: Englisch.

From brutal Nazi killers to Hanukkah heroes in the 'hood, tough Jews refute images of doomed Holocaust victims, wandering Jews of exile before them, and the post-war 'nice Jewish boys' who followed. They foster belligerent responses to polemics of fear and self-hatred, and as such, materialize as a challenge for postmodern cultural identity. A Culture of Tough Jews reframes the tough Jew as an enduring act of rhetorical regeneration by reifying a related figure, the vital Jew. As corrective to the tough Jew, the vital Jew encourages robust cultural production and dialogue. For audiences of rhetoric and cultural studies, the book offers critical and theoretical study of rhetorical regeneration, including original constructs of postmodern blackface and transformative performativity, as a resource for contemporary rhetorical invention. It also constitutes a case study for the postmodern critique of identity by invoking concerns of (post)assimilation, gender and power, and the social construction of race, ethnicity, class, and power to advance conversations on fractious cultural exigencies. A Culture of Tough Jews is a spirited call for postmodern cultural vitality that responds to contemporary politics of identity and memory.

David Moscowitz (PhD, Indiana University) is Assistant Professor of Communication, Associate Director of Women s and Gender Studies, and a faculty affiliate in film studies, Jewish studies, and African American studies at the College of Charleston.

"Writing at the intersections of identity and politics, rhetoric and culture, gender and ethnicity, David Moscowitz offers a compelling account of Jewish public culture and the tropes of the tough Jew and the vital Jew. Astutely attentive to contemporary global politics, the book theorizes rhetorical regeneration in ways that challenge public and scholarly understandings of intercultural dialogue and rhetorical action." (Lisa A. Flores, University of Colorado)
"David Moscowitz brings to bear his considerable skills as a rhetorical critic of popular culture to bring the vital Jew out of the shadows. He makes a profound and insightful case for Diasporic Jewishness, that its vital Jew is as much a model for the Israeli as the American Jew. Listening to Moscowitz's gentle and firm voice, the figure of the tough Jew is led to recognize his toughness as a response to his fear, his forceful defiance of a threatening world as the corollary of his attachment to victimhood, and his unquestioning allegiance to his tribe as the denial of rich, plural, self-questioning Jewish traditions. 'A Culture of Tough Jews' is compelling reading for rhetorical and cultural critics interested in ethnicity, masculinity, and identity in contemporary American life, and for all those concerned with contemporary Jewish life and identity." (Jon Simons, Indiana University)
Kunden, die diesen Artikel gekauft haben, kauften auch