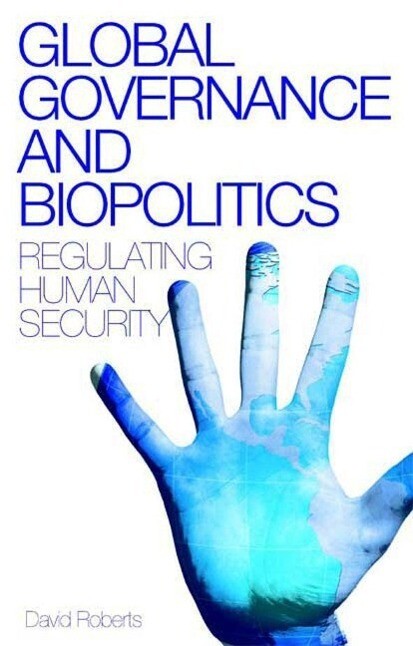 This book offers a powerful critique of mainstream ideas of global governance. Going beyond recent critiques of "human security" as a fundamentally incoherent concept, David Roberts offers practical political responses to the genuine problems facing the most threatened human populations worldwide. Focusing on water provision and sanitation, he takes a bottom-up approach to reduce avoidable infant mortality -- a creative biopolitics. Roberts points the way to a redirection of World Bank lending strategies towards the mobilization of indigenous private sector provision of water and sanitation. The policies Roberts proposes offer a genuine human security that transcend borders without violating sovereignty, focused on the most lethally-exposed people in the world.

David Roberts is Senior Lecturer in International Politics at the University of Ulster. He is the Convenor and Chair of the British International Studies Association Human Security Working Group, external examiner with the Royal University of Phnom Penh and the University of Coventry, and Visiting Research Fellow at the Centre for Governance and International Affairs, University of Bristol. He has published a previous monograph on Human Insecurity (Zed 2008) and another on postconflict democratization in Cambodia, and will publish in 2010 a monograph critiquing Liberal peacebuilding in developing societies that proposes an alternative 'everyday lives' approach to the postconflict challenge which invigorates positive peace through structural and institutional reforms to the Liberal Project. He has published more than 30 other chapters and articles in peer reviewed outlets on human security and peacebuilding.

'David Roberts has produced a tightly argued and impassioned manifesto for human security on a global scale. A manifesto which puts basic human needs at the centre and which argues that the barriers to meeting them are far from insuperable. Starting with the needs of those marginalised by traditional approaches, Roberts offers a new and challenging vision of power, policy-making and security for the twenty-first century.' - David Chandler, Professor of International Relations, University of Westminster 'Driven by the spectre of preventable poverty and suffering, David Roberts delivers a devastating critique of the neoliberal global order. As a way of bridging the global life-chance divide, Roberts provides a persuasive argument in support of human security as a mobilising and emancipatory concept. This is a must read for all those interested not only in social justice but the means by which social protection can be applied globally.' Professor Mark Duffield, Director, Global Insecurities Centre, University of Bristol