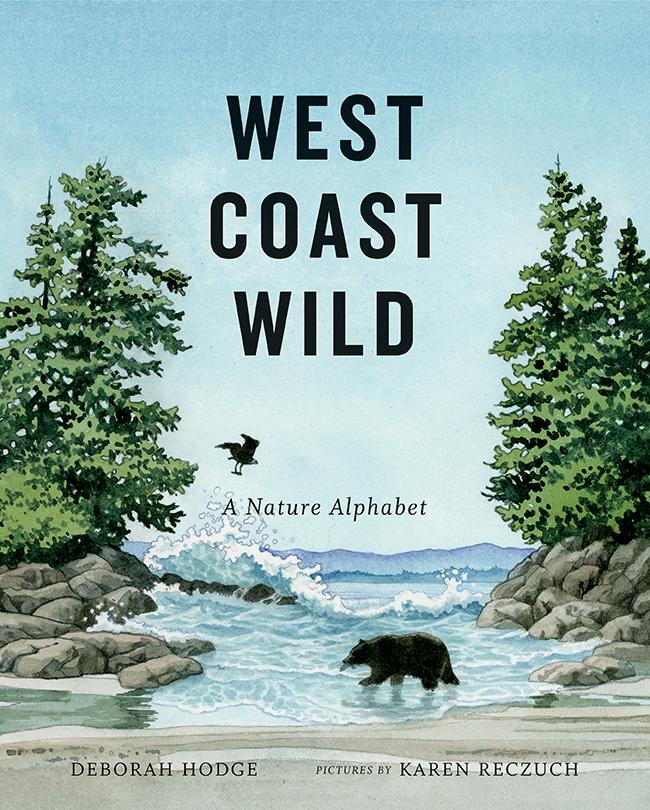 This stunning nature alphabet book explores the fascinating ecosystem of the Pacific West Coast — a magnificent area that combines an ancient rainforest, a rugged beach and a vast, open ocean, and where whales, bears, wolves, eagles and a rich variety of marine species thrive in an interconnected web of life. Author Deborah Hodge has spent more than forty years on the west coast, frequently visiting the Pacific Rim region, and she knows it intimately. From A to Z she describes in vivid language the rainforest, ocean and beach, and a great variety of animals that a child might see walking along the shore — from tiny sea jellies to inquisitive sandpipers to leaping orcas. Illustrator Karen Reczuch brings her remarkable talent to the book, and has created image after image that is simply breathtaking. The text and art have been carefully checked for scientific accuracy. The book also includes a note about the Pacific West Coast and suggestions for exploring the region and further reading.

Deborah Hodge is the author of more than 25 books for children. She specializes in writing engaging non-fiction for young readers and loves the challenge of using few words to explain big thoughts. Many of Deborah's books have received awards and have been published internationally. Her honors include the Information Book Award of Canada and the Green Prize for Sustainable Literature, and she was a finalist for the National Jewish Book Award for Children's and Young Adult Literature. Her work has also appeared on ALA's Top Ten Best Environmental Books for Youth. She lives in Vancouver.

Karen Reczuch has illustrated many award-winning children's books. <i>Loon by Susan Vande Griek won the TD Norma Fleck Award for Canadian Children's Non-fiction, the Ruth and Sylvia Schwartz Children's Picture Book Award and the Vancouver Children's Literature Roundtable Information Book Award. It was also named a USBBY Outstanding International Book. Karen's other publications include <i>The Auction by Jan Andrews, a Governor General's Award finalist; <i>Just Like New by Ainslie Manson, winner of the Amelia Frances Howard-Gibbon Award; and <i>Salmon Creek, winner of the BC Book Prize. Karen's work includes scientific, historical and archeological illustration, and it has been exhibited internationally. She lives in Acton, ON, Canada.