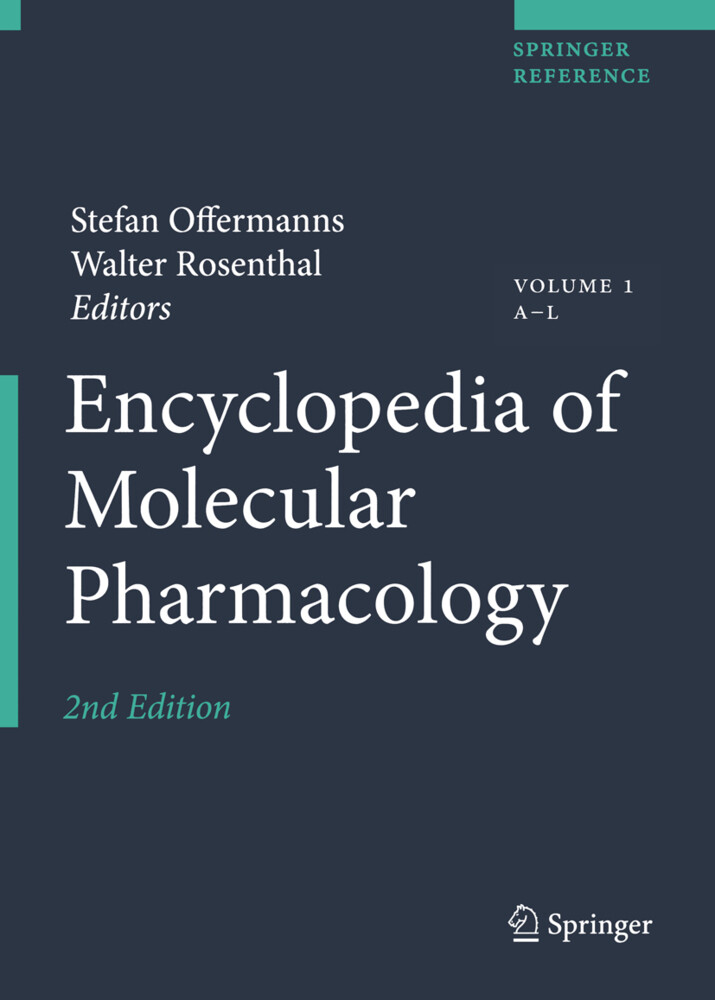 'Encyclopedia of Molecular Pharmacology'. 2nd ed. 2008. Sprache: Englisch.
Buch (gebunden)
An essential text, this is a fully updated second edition of a classic, now in two volumes. It provides rapid access to information on molecular pharmacology for research scientists, clinicians and advanced students.

An essential text, this is a fully updated second edition of a classic, now in two volumes. It provides rapid access to information on molecular pharmacology for research scientists, clinicians and advanced students. With the A-Z format of over 2,000 entries, around 350 authors provide a complete reference to the area of molecular pharmacology. The book combines the knowledge of classic pharmacology with the more recent approach of the precise analysis of the molecular mechanisms by which drugs exert their effects. Short keyword entries define common acronyms, terms and phrases. In addition, detailed essays provide in-depth information on drugs, cellular processes, molecular targets, techniques, molecular mechanisms, and general principles.

About the editorsStefan OffermannsStefan Offermanns is Professor of Pharmacology and director of the Institute of Pharmacology at the University of Heidelberg. He holds an MD degree from the Free University (FU) Berlin and has worked as a Post-Doc in Pharmacology in Berlin and at the California Institute of Technology, Pasadena/CA. In 1997, he was appointed group leader at the Institute of Pharmacology of the FU Berlin, then became a Heisenberg Scholar in 1999 before moving on to Heidelberg in 2000. His field of interest includes cellular and biological functions of G-protein-mediated signal transduction processes in the cardiovascular and nervous system, regulation of cellular functions via members of the plexin B family, and the characterization of new G-protein-coupled receptors / G-protein-coupled receptors as pharmacological targets.Walter RosenthalWalter Rosenthal is the director of the Leibniz Institute for Molecular Pharmacology and Professor for Molecular Pharmacology at the Charité University Hospital in Berlin. He is a medical doctor by training (Gießen/Germany, London) and held positions at the Universities of Heidelberg, Berlin and Gießen, and at Baylor College of Medicine, Houston/TX. He is interested in intracellular protein trafficking, scaffolding proteins, G-protein-coupled receptors, cAMP/PKA-triggered pathways, aquaporins, molecular defects underlying human disease, and pharmacological interference.

From the review of the first edition:
"The Encyclopedia's authoritative and succinct chapters cover a broad range of cellular and molecular processes, mechanisms, and drug targets. This ambitious, easy-to-read and unmatched volume should be a welcome and valuable source of information for students of pharmacology and of cellular and molecular biology as well as for teachers of these subjects, and clinicians. Professors Offermanns and Rosenthal have done a superb job of selecting important topics and expert authors."
Joel G. Hardman, Ph.D., Professor Emeritus of Pharmacology, Vanderbilt University School of Medicine