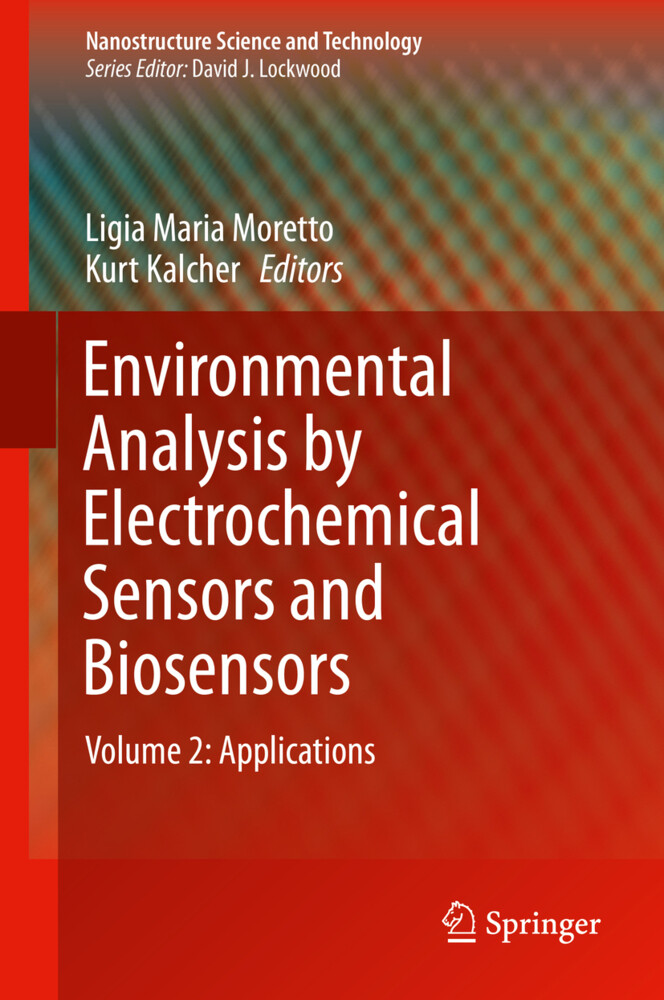 This book discusses in detail the analysis and monitoring of the most important analytes in the environmental field. It also reviews the implementation, realization and application of sensor designs mentioned in the first volume of this set, dividing the coverage into global parameters, sensors of organics and sensors of inorganics.

Ligia Maria Moretto graduated in Chemical Engineering at the Federal University of Rio Grande do Sul, Brazil, and received her PhD in 1994 from the University Ca' Foscari of Venice with a thesis entitled "Ion-exchange voltammetry for the determination of copper and mercury. Application to seawater." Her academic career began at the University of Caxias do Sul, Brazil and continued at the Research Institute of Nuclear Energy, Sao Paulo, Brazil. In 1996 she completed the habilitation as researcher in analytical chemistry at the University Ca' Foscari of Venice. Working at the Laboratory of Electrochemical Sensors, her research field has been the development of electrochemical sensor and biosensors based on modified electrodes, the study of gold arrays and ensembles of nano electrodes, with particular attention to environmental applications. She has published more than 60 papers, several book chapters and has presented about 90 contributions at international conferences, resulting in more than 1100 citations. Prof. Moretto collaborates as invited professor and invited researcher with several institutions in Brazil, France, Argentina, Canada and the USA.
Kurt Kalcher completed his studies at the Karl-Franzens University (KFU) with a dissertation in inorganic chemistry entitled "Contributions to the Chemistry of Cyantrichloride, CINCCI2"; he also received his PhD in 1980 from the same institution. In 1981 he then did postdoctoral work at the Nuclear Research Center in Jülich (Germany) under the supervision of Professor Nürnberg and Dr. Valenta and conducted intensive electroanalytical research while he was there. Prof. Kalcher continued his academic career at KFU with his habilitation on chemically modified carbon paste electrodes in analytical chemistry in 1988. Since then, he has been employed there as an associate professor. His research interests include the development of electrochemical sensors and biosensors for the determination of inorganic and biological analytes on the basis of carbon paste, screen-printed carbon and boron-doped diamond electrodes, as well as design, automation and data handling with small analytical devices using microprocessors. He has published around 200 papers and has presented about 200 contributions at international conferences. These activities have resulted in more than 3100 citations. Prof. Kalcher has received numerous guest professor position offers in Bosnia-Herzegovina, Poland, Slovenia and Thailand.