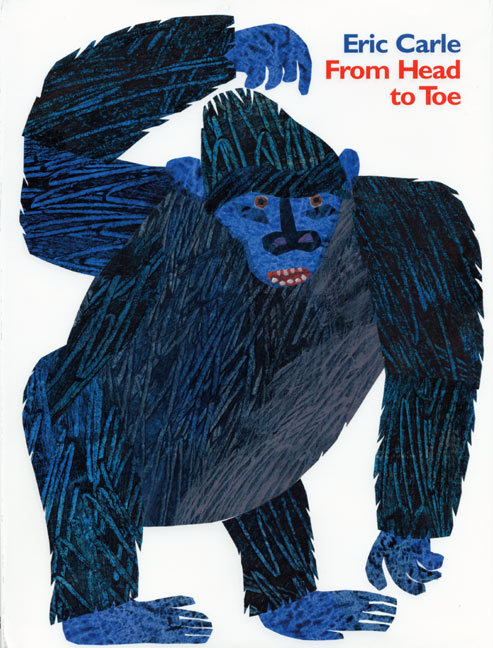 From Head to Toe

From Eric Carle, the New York Times bestselling creator of beloved books including The Very Hungry Caterpillar and The Grouchy Ladybug, comes From Head to Toe, a colorful and energetic book that will have young readers clapping their hands, stomping their feet, and wiggling their toes!

Giraffes can bend their necks, monkeys can wave their hands, and donkeys can kick their legs. And so can you! Throughout this interactive book, the animals of From Head to Toe invite young readers to copy their antics as they play.

Through Carle's vibrant collages and simple instructions, children will learn the importance of listening, exercising, and taking on a new challenge. Join the giraffes, monkeys, donkeys, seals, and more for a frolicking, fun adventure!

Eric Carle is the creator of more than seventy picture books for young readers.
Eric Carle was born in New York, USA. However, when he was just six, he moved with his parents to Germany. In 1952, after graduating from the prestigious Akademie der Bildenden Künste in Stuttgart, he fulfilled his dream of returning to New York.
Eric Carle has received many distinguished awards and honours for his work, including, in 2003, the Laura Ingalls Wilder Award for his lifetime contribution to children's literature and illustration.
In 2002, fifty years after Carle's return to the United States, The Eric Carle Museum of Picture Book Art was opened in Amherst, Massachusetts. Here visitors of all ages can enjoy, in addition to Eric Carle's work, original artwork by other distinguished children's book illustrators from around the world.