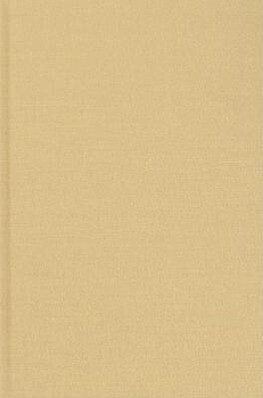 von Gabriela Soto Laveaga
Mexican Peasants, National Projects, and the Making of the Pill. 26 illustrations, 1 figure. Sprache:…
Buch (gebunden)
Shows how wild yams, once considered useless, briefly became indispensable to the global pharmaceutical industry (as a source of synthetic steroid hormones) and to the peasants who gathered them.

Shows how wild yams, once considered useless, briefly became indispensable to the global pharmaceutical industry (as a source of synthetic steroid hormones) and to the peasants who gathered them.

Acknowledgments; Preface. Introduction. Jungle Laboratories: Mexican Peasants, National Projects and the Making of Steroid Hormones; 1. The Papaloapan, Poverty, and a Wild Yam; 2. Mexican Peasants, a Foreign Chemist, and the Mexican Father of the Pill; 3. Discovering and Gathering the New "Green Gold"; 4. Patents, Compounds, and Steroid-Making Peasants; 5. A Yam, Students, and a Populist Project; 6. The State Takes Control of Barbasco, The Emergence of Proquivemex (1974-1976); 7. Proquivemex and Transnational Steroid Laboratories; 8. Barbasqueros into Mexicans; 9. Root of Discord; Epilogue Bibliography; Appendix

Gabriela Soto Laveaga is Assistant Professor of History at the University of California, Santa Barbara.

"In this innovative and compelling book, Gabriela Soto Laveaga links together a host of phenomena crying out for attachment. Jungle Laboratories brings bioprospecting into conversation with Mexican nationalism; makes pharmaceutical development connect with campesinos striving for recognition as citizens and experts; locates the conjunction of contemporary bioscience and Latin American modernity; and finds the overgrown intersection of steroids and magical thinking--thereby giving us a groundbreaking postcolonial study of the roots of global biomedicine."--Warwick Anderson, author of Colonial Pathologies: American Tropical Medicine, Race, and Hygiene in the Philippines "In Jungle Laboratories, the reader tramps through the humid tropical lowlands of southern Mexico with the pickers, cutters, and processors of barbasco, whose chemical properties were essential to the early manufacture of steroids and contraceptives. While President Luis Echeverria's effort to form a state-controlled national pharmaceutical industry with barbasco-based contraceptive production at its core failed as an economic enterprise, it brought organized barbasco workers material benefits and a new sense of political agency while it sensitized government 'experts' to the importance of local knowledge."--Mary Kay Vaughan, co-editor of The Eagle and the Virgin: Nation and Cultural Revolution in Mexico, 1920-1940