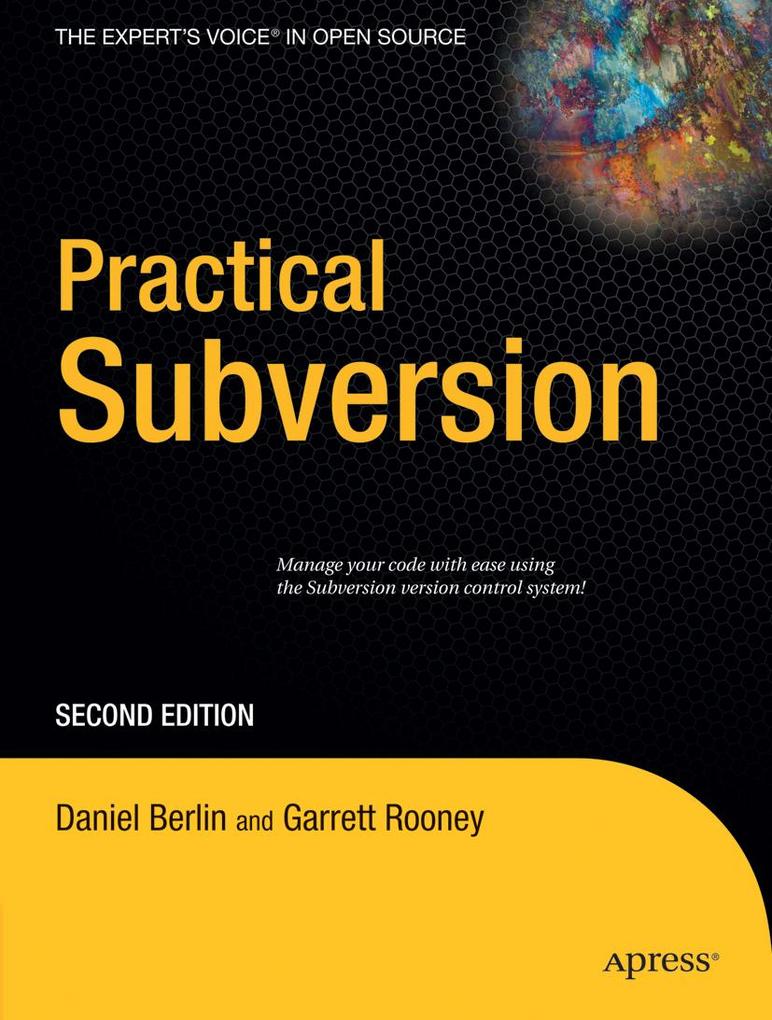 Practical Subversion, Second Edition draws on the experience of its authors, Daniel Berlin and Garrett Rooneyboth Subversion project membersto guide you through a complete introduction to this popular code management solution. This edition has been updated to reflect changes to the popular Subversion version control system. After a crash course on Subversions key features, including a theme project that youre encouraged to follow, youll explore best practices, migration tips for moving from other versioning solutions, Subversion integration, and an overview of the Subversion APIs.Effective developers and system administrators alike understand that their success is related to their ability to manage the dozens, sometimes hundreds, of files that they come into contact with on a regular basis. This file management includes determining a files changes over time, accommodating simultaneous edits by multiple users, and even reverting a file to an earlier version if a mistake or deletion has been made. Capitalizing on such capabilities requires a version control system like Subversion. Youll want to pick up a copy of this book because it isThe most up-to-date book on the popular Subversion version control system Authored by two Subversion project contributors More than a mere introduction, covering best practices, migration issues, and more effective versioning through tool integration

Garrett Rooney is a software engineer on the version control team at CollabNet, where he works full time on Subversion and other related technologies. Rooney attended Rensselaer Polytechnic Institute in Troy, New York, where he managed to complete three years towards a mechanical engineering degree before coming to his senses and realizing he wanted to get a job where someone would pay him to play with computers. Since then, Rooney completed a computer science degree at RPI and has spent far too much time working on a wide variety of open source projects, most notably Subversion. He's also a member of the Apache Software Foundation, where he works on the Apache Portable Runtime and the Apache HTTP Server, as well as helps to maintain the ASF Subversion repository.

"Subversion is one of the hottest tools to appear recently in configuration management ... . The book is well organized and easy to consume, particularly for the software practitioner with no prior Subversion knowledge. ... There are definite bright spots in this book, particularly for the Subversion novice, who probably should keep a copy close at hand as an excellent reference. The book has also made me look forward to new developments that address the limitations in Subversion itself ... ." (Marc S. Gibian, ACM Computing Reviews, September, 2008)