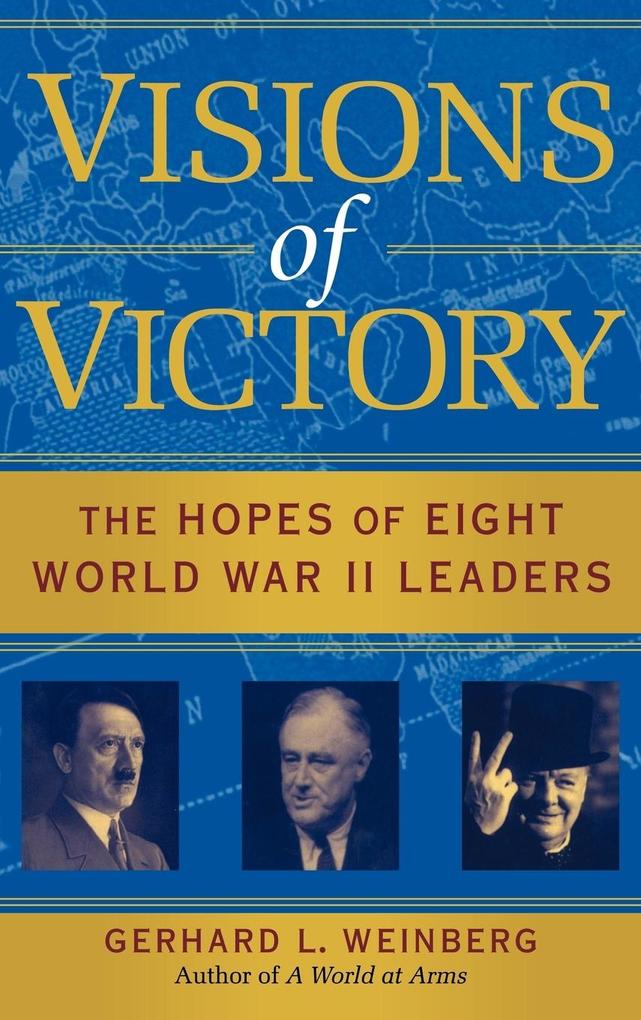 Visions of Victory, first published in 2005, explores the views of eight leaders of the major powers of World War II - Hitler, Mussolini, Tojo, Chiang Kai-shek, Stalin, Churchill, de Gaulle, and Roosevelt. He compares their visions of the future in the event of victory. While the leaders primarily focused on fighting and winning the war, their decisions were often shaped by their aspirations for the future. What emerges is a startling picture of postwar worlds. After exterminating the Jews, Hitler intended for all Slavs to die so Germans could inhabit Eastern Europe. Mussolini and Hitler wanted extensive colonies in Africa. Churchill hoped for the re-emergence of British and French empires. De Gaulle wanted to annex the northwest corner of Italy. Stalin wanted to control Eastern Europe. Roosevelt's vision included establishing the United Nations. Weinberg's comparison of the individual portraits of the war-time leaders is a highly original and compelling study of history that might have been.

'Gerhard Weinberg is probably the world's leading expert on Hitler's foreign policy ... Visions of Victory is a beautifully written and wide-ranging synthesis of a large and burgeoning literature. It is based on deep knowledge and profound judgment. It is a masterpiece of historical writing that should be read by anyone interested in the origins of the world in which we live.' Financial Times
Kunden, die diesen Artikel gekauft haben, kauften auch
Schreiben Sie eine Rezension