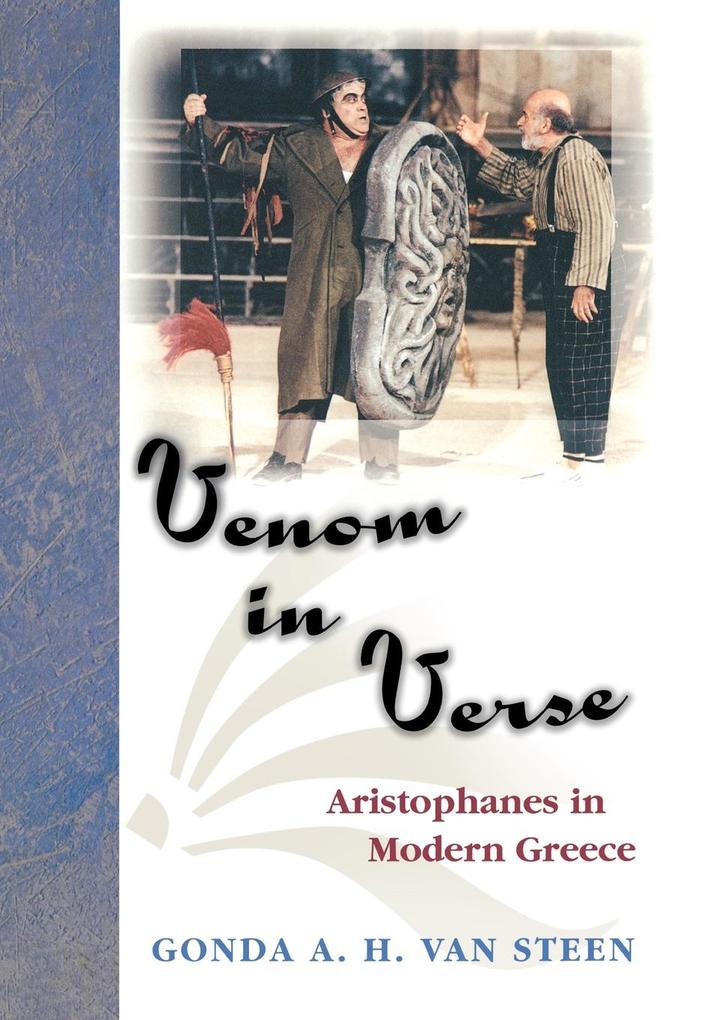 Aristophanes has enjoyed a conspicuous revival in nineteenth- and twentieth-century Greece. Here, Gonda Van Steen provides the first critical analysis of the role of the classical Athenian playwright in modern Greek culture, explaining how the sociopolitical "venom" of Aristophanes' verses remains relevant and appealing to modern Greek audiences. Deriding or challenging well-known figures and conservative values, Aristophanes' comedies transgress authority and continue to speak to many social groups in Greece who have found in him a witty, pointed, and accessible champion from their "native" tradition.


The book addresses the broader issues reflected in the poet's revival: political and linguistic nationalism, literary and cultural authenticity versus creativity, censorship, and social strife. Van Steen's discussion ranges from attitudes toward Aristophanes before and during Greece's War of Independence in the 1820s to those during the Cold War, from feminist debates to the significance of the popular music integrated into comic revival productions, from the havoc transvestite adaptations wreaked on gender roles to the political protest symbolized by Karolos Koun's directorial choices.


Crossing boundaries of classical philology, critical theory, and performance studies, the book encourages us to reassess Aristophanes' comedies as both play-acts and modern methods of communication. Van Steen uses material never before accessible in English as she proves that Aristophanes remains Greece's immortal comic genius and political voice.

A riveting, complex and often surprising exegesis that should be made compulsory reading for all students of the Greek world, ancient and modern alike ... Aristophanes has formed a constant and central element in Greek politics and Greek theatre. Van Steen deserves all credit both for isolating this richly rewarding virgin lode, and mining it with such skill and perseverance ... Venom in Verse is that rarity among scholarly studies: a beautifully written book, to read and reread rather than merely consult, with added pleasure at each fresh perusal. -- Peter Green Times Literary Supplement Van Steen demonstrates how dramas originally crafted to play a role in shaping the world's oldest democracy have similarly served the development of a new one on the same territory. Those who associate Aristophanes' only with ancient will certainly profit from reading this volume. Choice A delightful and instructive book ... wonderful and highly useful. -- Marina Kotzamani Journal of Modern Greek Studies In this impressive monograph, Van Steen chronicles the reception history of modern Greek Aristophanic performance from the important revival of Plutus in 1868 to the most recent interpretations of this playwright. She also explores Aristophanes' role as a cultural icon in Greek society, bridging the gap between the elitism of the classics and the mass appeal of Attic comedy. Classical World