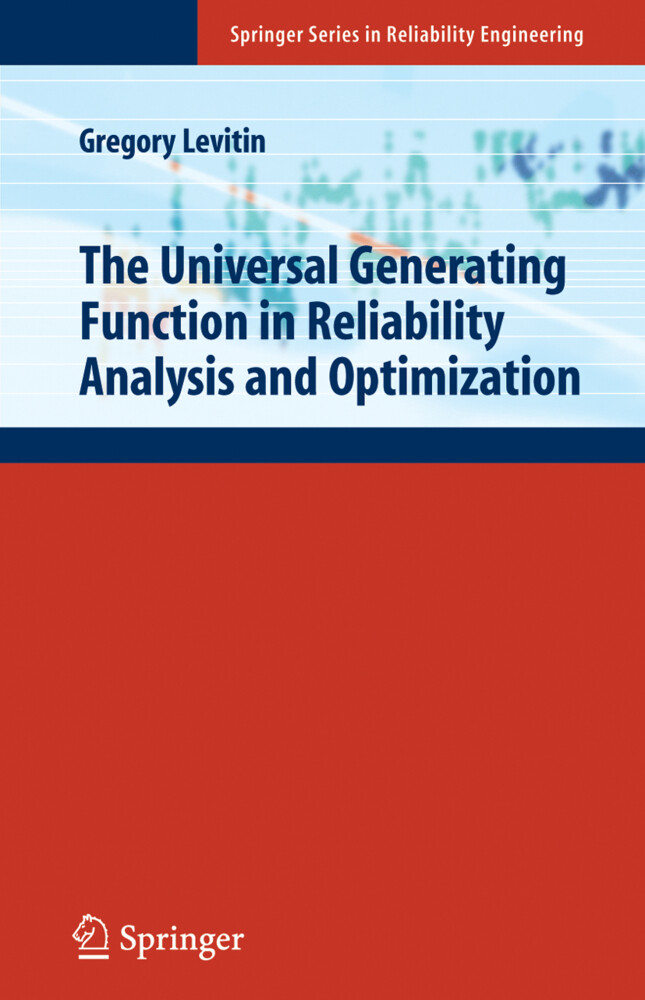 The Universal Generating Function in Reliability Analysis and Optimization

Many real systems are composed of multi-state components with different performance levels and several failure modes. These affect the whole system's performance.
Most books on reliability theory cover binary models that allow a system only to function perfectly or fail completely.
"The Universal Generating Function in Reliability Analysis and Optimization" is the first book that gives a comprehensive description of the universal generating function technique and its applications in binary and multi-state system reliability analysis.
Features: - an introduction to basic tools of multi-state system reliability and optimization; - applications of the universal generating function in widely used multi-state systems; - examples of the adaptation of the universal generating function to different systems in mechanical, industrial and software engineering.
This monograph will be of value to anyone interested in system reliability, performance analysis and optimization in industrial, electrical and nuclear engineering.

Dr. Gregory Levitin is an 'engineer-expert' in the Reliability and Equipment Department of the R and D Division of the Israel Electric Corporation and an adjunct senior lecturer at Technion, the Israel Institute of Technology. He has held these posts since 1993.Dr. Levitin has published 79 papers in refereed journals, one book, Multistate System Reliability: Assessment, Optimization and Applications (Lisnianksi and Levitin, World Scientific, 2003). He was an invited contributor to the Handbook of Reliability Engineering (Springer London, 2003) and is considered to be an authoritative and experienced researcher in reliability and optimization.In addition to being a senior member of the IEEE, Dr. Levitin is also a member on the editorial board of the journal Reliability Engineering and System Safety. In 2000, Dr. Levitin was awarded a prize in the London Electricity Innovation Challenge. He has also been the organizer of special sessions on multi-state reliability at the Mathematic Methods in Reliability conferences in 2002 and 2004.

From the reviews:
"This is a most comprehensive book ever written on the subject and can also be called as a tribute to Prof. Igor Ushakov, who introduced and indicated the usefulness of Universal Generating Function in the reliability analysis of complex systems. ... The book is useful to researchers, practitioners and serious minded teachers and students who would like to know and compare new techniques with what the author has demonstrated successfully, is possible with UGF ... . " (Krisnha B. Misra, International Journal of Performability Engineering, Vol. 3, (1), 2007)