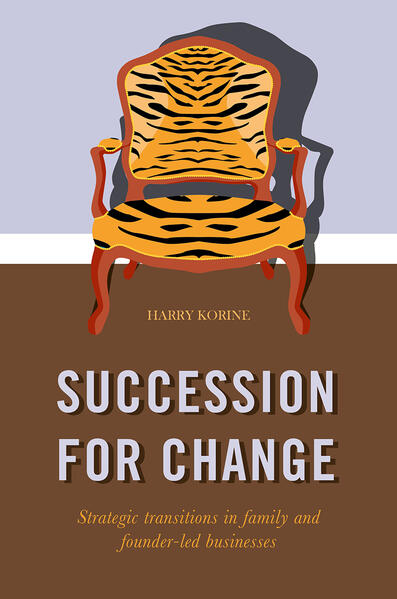 von Harry Korine
Strategic transitions in family and founder-led businesses. 1st ed. 2017. Sprache: Englisch.
Buch (gebunden)
Korine reframes the question of succession in family and founder-lead businesses as an issue of entrepreneurial choice, concentrating on the challenge of succession for change as opposed to the traditional focus on succession for continuity.It is ine … weiterlesen
Dieser Artikel ist auch verfügbar als:
Geschenk per Mail versenden
Buch (gebunden)

Korine reframes the question of succession in family and founder-lead businesses as an issue of entrepreneurial choice, concentrating on the challenge of succession for change as opposed to the traditional focus on succession for continuity.It is inevitable that when the leaders of family and founder-lead businesses look to pass on the mantle they naturally want to preserve and maintain the firm they have worked so hard for so long to build up. The shaping influence of family or founder, and the instinctive emotional desire for legacy easily sways succession towards continuity rather than the possibly radical development the business may need to meet new challenges.Succession for Change shows how competitive advantage has evolved over the last twenty-five years and examines the approaches being adopted by current business leaders, succession service providers and the next generation to address the change imperative in succession.Korine s rigorous research and deeply practical approach shows that when change becomes the focus of succession, and developing entrepreneurial values takes precedence over preserving the status quo, succession planning can ensure that firms not only survive the departure of their founders but thrive long after they have gone. He offers a framework for implementing succession as transformation, and rethinking succession governance. The secret is enabling the next generation of leaders to stand on the shoulders of giants rather than be constantly doomed to stand in the shadow of giants.

Harry Korine (PhD, INSEAD) is an Adjunct Professor of Strategy at INSEAD and a Lecturer in Corporate Governance at the London Business School. His research has resulted in several books and numerous articles, including The Leap to Globalization (Jossey-Bass, 2002), Entrepreneurs and Democracy , (Cambridge University Press, 2008) and When You Shouldn t Go Global , (Harvard Business Review, 2008). His most recent book, Strong Managers, Strong Owners , was published by Cambridge University Press in 2014.  In his capacity as a private consultant, he has worked with family and founder-led businesses around the world on questions of strategy, governance, and succession.
Kunden, die diesen Artikel gekauft haben, kauften auch
Schreiben Sie eine Rezension