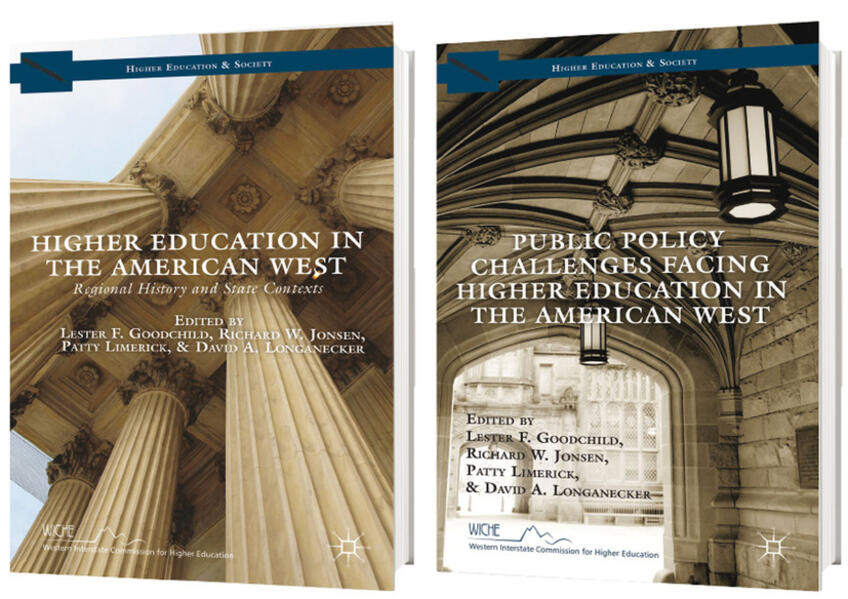 Higher Education in the American West, 1818 to the Present

Titel: Higher Education in the American West, 1818 to the Present

In two volumes, editors Lester F. Goodchild, Richard W. Jonsen, Patty Limerick, and David A. Longanecker, working with eminent historians, policy analysts, and university leaders, provide a comprehensive overview of the role of education in the American West and the relationships between individual states and their institutions of higher learning. The volumes examine the states from North Dakota and the mountain West to Alaska and California, treating each both individually and as a part of the region; they provide concise, detailed information about each one's history, development, and current policies. One volume spans two hundred years of history, while its companion focuses on clarifying seven key public policy challenges facing higher education in the West today. Together, they make essential reading for higher education policymakers, scholars, and anyone who wants to know what the relationship between states and universities in the West has been and what its future might be.

Lester F. Goodchild is Distinguished Professor of International and Comparative Education and Advisor to the Provost at the University of Massachusetts Boston, USA, and Professor of Education, Emeritus, at Santa Clara University, USA.Richard W. Jonsen is former Executive Director of the Western Interstate Commission for Higher Education, USA. He currently teaches English as a Second Language at Front Range Community College, USA.Patty Limerick is Faculty Director and Chair of the Board of the Center of the American West at the University of Colorado, USA, where she is also Professor of History.David A. Longanecker is President of the Western Interstate Commission for Higher Education, USA.

"The editors and the Western Interstate Commission for Higher Education are to be commended for the substantive and cogent narrative and analysis presented. Scholars interested in regional history and public policy will eagerly embrace these works." - Amy Wells Dolan, Associate Dean and Associate Professor of Higher Education, University of Mississippi, USA